Fitch Ratings in its latest Global Economic Outlook (GEO) expects global gross domestic product (GDP) to fall by 4.4 per cent this year, a modest upward revision from the 4.6 per cent decline expected in the June GEO. The recovery in economic activity after the coronavirus-related recession in March-April has been swifter than anticipated, but it expects the pace of expansion to moderate soon.

“China has already regained its pre-virus level of GDP and retail sales in the US, France and the UK now exceed February levels, but we doubt this will become the much-lauded ‘V’-shaped recovery.

The rating agency now expects the US economy to contract by 4.6 per cent this year compared to a fall of 5.6 per cent in the June GEO. Its latest China growth forecast for 2020 is 2.7 per cent.

Official data have now revealed the extent of the economic dislocation in the second quarter of this year with world GDP falling by 8.9 per cent year on year and many countries seeing falls in output of a fifth or more, Fitch said.

The United Kingdom, India, France, Italy and Spain stand out, having experienced stringent or lengthy lockdowns in the second quarter that witnessed mobility levels dip sharply.

But in addition to its severity, the coronavirus-related recession was also very short, with activity falling precipitously in March and April before recovering quite quickly from May. A host of indicators across the majority of GEO economies point to a faster sequential increase in GDP in the third quarter to date than Fitch was previously anticipating.

The GEO forecast now assumes that UK-EU trade will move to WTO terms in January. Emerging markets are in many ways facing tougher economic challenges from the pandemic, given more-limited social safety nets and healthcare capacity and less scope for aggressive macro policy easing.

Many emerging markets now face economic contractions on a scale comparable to or larger than those seen in Europe despite much higher underlying growth rates. Nevertheless, the easing in global credit conditions following massive central bank liquidity injections in the first half of this year has provided some relief, Fitch added. 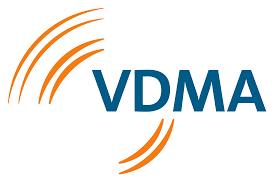 “Post COVID Opportunities of Robotics and Automation in Indian Manufacturing” on 9th July, 2020 at 1400 hrs (IST)