Finance Ministry has declined the industry demand to remove 10pc import duty on cotton saying the move was aimed at benefitting domestic producers but garment manufacturers have argued that the decision has made export of high-quality clothing uncompetitive in the international market.

A Gurgaon-based top garment exporter said that high-quality cotton is not grown much in India and hence they have to import them from Australia and America. The additional import duty on cotton has made such high-quality cotton expensive in the country.

“India is among the top manufacturers, largest or second largest, of cotton in the world. But the challenge we are facing is that certain high quality cotton is not grown in India. So, from a high-end stand point, you need Australian cotton and American cotton mixed with our regular cotton. So, that is the niche (segment) we are missing,”Amit Sethi, Joint Managing Director at NCR-based Orient Fashions told UNI.

“Otherwise, there is no problem with regular cotton. But when we go for a very high mixture of cotton we don’t get that quality of cotton in India. As a result, high-quality cotton is expensive and hence India getting uncompetitive in high-end clothing in the international market,” he added.

Responding to a question on additional import duty imposed on cotton in Union Budget 2021-22, Finance Minister Nirmala Sitharaman on Tuesday said that the decision to impose duty on imports of cotton has been taken to benefit domestic cotton farmers which in turn would help in higher domestic value addition and reduce import dependence.
“The decision to impose 5% Basic Customs Duty, and 5% Agriculture Infrastructure and Development Cess on imports of Raw Cotton in Union Budget 2021-22 has been taken to benefit domestic cotton farmers,” she said in a written reply in the Rajya Sabha.

“Imports of cotton has surged significantly in last few years, even though India is the largest producer of cotton in the world. All varieties of cotton, including those which were produced in India were being imported in large quantities. This has impacted the Indian farmer adversely,” she further said.

Making a strong case for scrapping the additional duty, Cotton Association of India had earlier urged the Government to withdraw the duty. The textile industry representatives stated that imposition of import duty cotton had become costly and it was not in the interest of domestic textile industry.

The government has, however, refused to accept their demand and said that many incentives are being provided to garment industry under various schemes.

“Garment exporters would not be affected as exporters may avail benefit of schemes like advance authorization, duty drawback, EoU, SEZ etc. Further, RoSCTL scheme for garment and made-ups has also been extended till March 2024. Further incentives under various schemes are also being provided to the garment sector,” the Finance Minister has said. 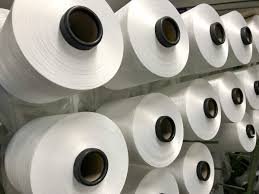 Polyester Yarn Production in China Upset due to COVID-19 Pandemic 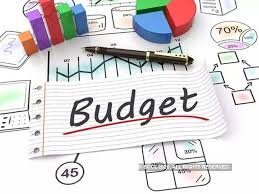