• Order intake of CHF 2 225.7 million at record level
• Sales of CHF 969.2 million despite bottlenecks in the supply chains
• EBIT margin of 4.9% and net profit of 3.3% of sales
• Milestones achieved in strategy implementation
• Dividend of CHF 4.00 per share proposed
• Outlook

The 2021 financial year was characterized by a rapid market recovery. As market  and technology leader, Rieter succeeded in this environment in posting a record order intake, significantly increased sales compared with the previous year despite the bottlenecks in the supply chains, and generated an EBIT margin of 4.9%. This success is based on the investments in innovation and competitiveness of Rieter in recent years. Crisis management in the 2020 pandemic year, which aimed at benefiting from the expected market recovery after the pandemic, was also a contributing factor.

With the acquisition of three businesses from the Saurer Group, a further milestone in the implementation of the strategy has been achieved. The acquisition strengthens Rieter’s market position by completing the ring and compact-spinning system. With the laying of the foundation stone for the Rieter CAMPUS in September 2021, an important prerequisite for the expansion of the company’s technology leadership has been created.

Order Intake and Sales
The exceptionally high order intake of CHF 2 225.7 million (2020: CHF 640.2 million) is broadly supported at the global level. It is based on a catch-up effect from the two prior years and a regional shift in demand for new machines and systems. Rieter believes that a major reason for this shift is the development of costs in China.  This is leading to increased investment outside China, but also to investment in the competitiveness of Chinese spinning mills. The orders came primarily from Turkey, India, Latin America, Uzbekistan, China and Pakistan.

EBIT, Net Profit and Free Cash Flow
The profit at the EBIT level in the 2021 financial year was CHF 47.6 million, which represents 4.9% of sales. At the net profit level, a profit of CHF 31.7 million accrued, which corresponds to 3.3% in relation to sales.

Free cash flow at CHF 128.1 million is a result of the positive developments in earnings and net working capital.

Business Groups
Despite the well-known challenges in the supply chain, the Business Group Machines & Systems posted an order intake of CHF 1 708.6 million (2020: CHF 363.9 million) and achieved sales of CHF 590.3 million, double the previous year’s figure (2020: CHF 295.8 million). Ring and compact-spinning systems, on whose customer benefits Rieter has worked intensively in recent years, were particularly in
demand.

The order intake of the Business Group Components was CHF 296.0 million, 75% above the previous year’s level (2020: CHF 169.1 million). Against the backdrop of successful strategy implementation and good capacity utilization at spinning mills worldwide, sales increased to CHF 231.5 million (2020: CHF 174.3 million).

The Business Group After Sales recorded an order intake of CHF 221.1 million, 106% higher than the previous year (2020: CHF 107.2 million). Sales reached a level of CHF 147.4 million (2020: CHF 102.9 million). The positive evolution of the Business Group After Sales was also significantly influenced by successful strategy implementation and good capacity utilization at spinning mills around the world.

The acquisition of the third business from Saurer (automatic winder) completes and thus considerably increases the attractiveness of Rieter’s ring and compact-spinning system. This acquisition marks an important milestone in the implementation of the company’s strategy as an innovative systems supplier. The transaction is expected to be finalized in the first half of 2022.

Rieter CAMPUS
On September 8, 2021, at the Winterthur location, the foundation stone was laid for the Rieter CAMPUS, which includes a customer and technology center as well as an administration building. With the Rieter CAMPUS, the company is creating a state-ofthe-art and creative working environment, ensuring access to cutting-edge European technology and enhancing its ability to attract young talent. Thus, the Rieter CAMPUS will make an important contribution to the implementation of the innovation strategy and to the enhancement of the company’s technology leadership position.

Dividend
In view of the profit of CHF 31.7 million at the net profit level in the 2021 financial year, the Board of Directors proposes to the shareholders for 2021 the distribution of a dividend of CHF 4.00 per share. This corresponds to a payout ratio of 57%.

Outlook
Rieter anticipates a gradual normalization of the demand for new systems in the coming months. The company expects demand for wear and spare parts to remain at a good level due to high capacity utilization at spinning mills.

For the full year 2022, due to the high order backlog and the consolidation of the businesses acquired from Saurer, Rieter anticipates sales of around CHF 1 500 million. Sales in the second half of 2022 are expected to be higher than in the first half of the year.

The realization of sales from the order backlog continues to be associated with risks in relation to the well-known bottlenecks in the supply chains, the ongoing pandemic and the geopolitical uncertainties. Despite the price increases already implemented, the rise in global costs poses a risk to the development of profitability.

Thank You
The Board of Directors and the Group Executive Committee wish to thank all Rieter employees for their great dedication under the very difficult conditions in financial year 2021. It was only possible to cope with the rapid market recovery, the bottlenecks in the supply chains and the ongoing COVID pandemic thanks to the great commitment of the employees and their loyalty to Rieter. Our customers, suppliers and business partners who for their part had to overcome major challenges also deserve a big thank you for their loyalty to the Rieter Group. We express our heartfelt thanks to the Rieter shareholders for their trust and hope to be able to welcome them again in person at the Annual General Meeting next year. ‘Store at Your Door’ service in green and orange zones: – Future Group’s Central 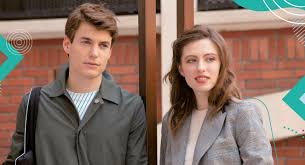