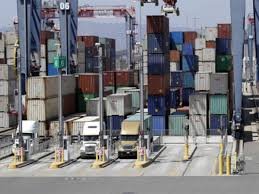 The finance ministry has initiated a review of India’s free trade agreement framework to assess the impact of such pacts on the overall economy. The view has been gaining ground among policymakers and industry that these free trade agreements (FTAs) brought little tangible benefit to India, while helping the partner country.

There is also a sense that FTAs have adversely impacted India’s manufacturing, which the government is trying to boost through ‘Make in India’.  “The idea is to assess how these agreements really benefitted the country’s economy,” said a government official aware of the development. The review is being carried out by the department of economic affairs along with the departments of commerce and revenue, among others.

The move comes as India is engaged in talks on the proposed Regional Comprehensive Economic Partnership (RCEP), which comprises the 10 Asean members (Brunei, Cambodia, Indonesia, Malaysia, Myanmar, Singapore, Thailand, the Philippines, Laos and Vietnam) besides China, Japan, South Korea, Australia and New Zealand.
The review could decide how India negotiates FTAs. The government is keen to ensure trade agreements don’t undermine its efforts to step up manufacturing. It aims to lift the share of manufacturing in the economy to 25% from about 16% (at current prices) by 2022. Additionally, the authorities have found that sometimes imports are being diverted from the normal domestic tariff route to FTAs after the government has raised customs duty. This has run counter to the government’s policy steps aimed at discouraging imports of a particular good.

Industry has pointed out that FTAs have a broad impact on manufacturing and investment in the country. “The objective is to look at concerns expressed by industry and the impact on these agreements on investment,” said the official.

The departments of economic affairs and revenue have in the past flagged concerns over the impact of these trade agreements on revenue and manufacturing.  A particular concern highlighted by the revenue department relates to blatant violations of rules of origin and value addition norms under these trade agreements to export products to India. Essentially, imports from non-FTA countries are labelled as originating from such nations to claim treaty benefits. Intelligence agencies and customs authorities have in the past highlighted how the rules were violated even by large companies, undermining the ‘Make in India’ initiative.

In 2013, the department of economic affairs had asked the Indian Institute of Management-Ahmedabad to study the impact of FTAs after the currency crisis highlighted the country’s vulnerability on account of the widened current account deficit. Separately, commerce minister PiyushGoyal has already reviewed individual FTAs with Japan, South Korea, Asean and Sri Lanka. The future of fashion and apparel