The latest edition of the Economic Outlook Survey by the Federation of Indian Chambers of Commerce and Industry (FICCI) puts forth an annual median gross domestic product (GDP) growth forecast for fiscal 2020-21 at minus 8 per cent. The median growth forecast for agriculture and allied activities has been projected at 3.5 per cent for 2020-21.

However, industry and services sector, which were most severely hit due to the pandemic induced economic fallout, are expected to contract by 10 per cent and 9.2 per cent respectively during 2020-21. Industrial recovery is gaining traction, but the growth is still not broad-based. Consumption activity did spur during the festive season as a result of pent-up demand built during the lockdown but sustaining it is important going ahead, FICCI said.

Also, some of the contact-intensive service sectors like tourism, hospitality, entertainment, education, and health sector are yet to see normalcy.

The quarterly median forecasts indicate GDP growth to contract by 1.3 per cent in the third quarter of 2020-21. The growth is expected to be in the positive terrain by the fourth quarter with a projection of 0.5 per cent.

The survey was conducted in January and drew responses from leading economists representing industry, banking and financial services sector.

Participating economists listed out a string of important trends that could take shape in 2021. On the domestic front, respondents believed that the government’s big push to manufacturing in the form of a series of announcements as a part of the Atmanirbhar Bharat Package is likely to bear fruits from 2021 onwards.

The production-linked incentive scheme with proposed incentives of around ₹1.45 lakh crores for five years is a big development. This along with continuous efforts on easing the business environment, keenness on improving national infrastructure is likely to set the stage for India to become a manufacturing hub.

In addition, economists felt that in the new normal, increased automation will become essential with more businesses adopting the same. Increased level of digitization is anticipated in 2021 across the economy which would ultimately enhance productivity of firms thus providing a much-needed competitive boost.

Respondents highlighted that the above-mentioned measures together are expected to result in increased foreign direct investment inflows into the country as companies actively look for alternatives to China.

On the financial front, economists opined that increased risk might be visible in the banking sector in 2021. Until growth firms up on a sustainable basis, banks are likely to remain risk averse, thereby impacting lending. This, in turn, will have implications on personal consumption and private investment.

The economists also believed that improvement in personal consumption is highly contingent upon successful administration of the COVID-19 vaccine. Increased precautionary savings are likely to continue in the meantime. Persistent job losses and salary cuts in some sectors have prodded consumers to remain cautious İlay puts a premium on energy with new Monforts installation 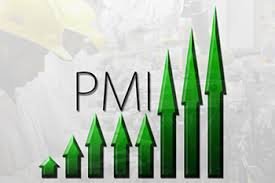