The festive mood has already cast its spell of optimism on the retail sector. After a couple of years of hibernation, the retail segment has woken up to increasing space in malls and MBOs and going all-out on spending to raise the footfalls of buyers and the eyeballs on the e-commerce front.

Come September, the big festive sales are around the corner. Retailers have expanded their space. Ecommerce companies, brands and sellers have upped their ante and a latest report points out that 30% to 40% more sales during the festive season is expected.

Categories such as sports goods, jewellery and consumer electronics reported stronger growth in June compared to 2019 levels, as per the 29th edition of the Retail Business Survey. Retailers of sports goods reported a 29% growth in business, while jewellers reported a strong 27% sales growth in the same period.

“Sales across categories show a steady increase with sports goods and jewellery performing slightly better than other categories and quick service restaurants (QSR), footwear and apparel indicating stable growth in June 2022,” RAI said in its findings.

The numbers, however, slowed down towards the second half of June. In May retail sales were up 24% compared to pre-covid levels.

“While June 2022 has witnessed growth as compared to the same period before the pandemic, the rate of growth has definitely slowed down. Many retailers have indicated that the second half of June was not very encouraging as there weren’t too many celebratory occasions such as weddings to drive sales,” said Kumar Rajagopalan, CEO, Retailers Association of India.

Retailers leased one million square feet of new space across malls and high streets of major cities in April-June quarter as 2022 is expected to see the highest leasing since 2018, according to international property consultant CBRE’s market monitor report for the quarter. With the growth of nearly 363% year-on-year and about 118% quarter-on-quarter, retail leasing is expected to double in the second half of 2022 as many international brands have announced entry into India.

Nearly 10.15 million sq ft of new mall space is set to be available in the country this year–almost double compared with 2021–as demand for retail space in grade-A malls pushes developers to expedite construction, and as per the data, about 15 new malls will enter the market in 2022 spread across 12 tier 1, 2 and 3 cities. Chennai will see the highest supply this year– four new malls spread over an area of 2.55 million sq ft.

As per a recent report by ICICI Securities, 16.7 million square feet of retail space would be added by eight large, listed retail chains between FY21 and FY24 as compared to 8 million square feet added in the preceding four years of FY18-21. These companies also include Titan, Bata, V-Mart, TCNS and Shoppers Stop.

In India, apparel is the second largest retail category having yearly growth rate of 12-15% and is expected to lead the organized retail sector in India in upcoming years.

E-Retail has been a boon during the pandemic and according to a report by Bain & Company in association with Flipkart ‘How India Shops Online 2021’ the e-retail market is expected to grow to US$ 120-140 billion by FY26, increasing at approximately 25-30% p.a. over the next 5 years.

India has the third-highest number of e-retail shoppers (only behind China, the US). The new-age logistics players are expected to deliver 2.5 billion Direct-to-Consumer (D2C) shipments by 2030.

Fashion e-commerce involves buying and selling fashion-related items online. Fashion e-commerce accounts for roughly 23 percent of total online retail sales in the United States and has continued to experience steady annual growth in the past two decades. In 2022, U.S. retail e-commerce revenue from the sale of fashion apparel, footwear, and accessories is set to reach US$ 205 billion. By 2025, the online fashion retail sector could be responsible for almost US$300 billion in sales.

In the recent news, Indian fashion e-commerce platform Myntra bagged the rights to distribute the American fashion giant Bebe as the sole distributor in the country.

Amazon is opening its first fashion retail in the country. Biba is going for an IPO and not to mention, many Indian fashion brands like Aditya Birla Fashion and Retail recently raised a funding of Rs. 2,195 crore from Singapore based GIC.

Interestingly, the fashion industry is poised to grow into a $106 billion industry by 2026, bringing up the Indian fashion market on maps. Following this development, the world’s fastest growing apparel market will most likely become one among the top apparel retail globally.

Besides, India is emerging as a strong market for luxury retail, and the sector is expected to reach $8.5 billion in valuation this year, according to data from Euromonitor International.Luxury retail companies are looking for talent across levels to drive country expansion, omnichannel strategy and marketing, according to placement and search firms Korn Ferry and Stanton Chase.

Luxury retail companies are looking for talent across levels to drive country expansion, omnichannel strategy and marketing, according to placement and search firms Korn Ferry and Stanton Chase.

All eyes on ONDC Project

Meanwhile, the Open Network for Digital Commerce (ONDC), announced by the Government, is an initiative aiming at promoting open networks for all aspects of exchange of goods and services over digital or electronic networks. ONDC is to be based on open-sourced methodology, using open specifications and open network protocols independent of any specific platform. The Industry and Commerce Minister, Mr. Piyush Goyal is already on a drive to propel its prospects.

These open protocols would be used for establishing public digital infrastructure in the form of open registries and open network gateways to enable exchange of information between providers and consumers. Providers and consumers would be able to use any compatible application of their choice for exchange of information and carrying out transactions over ONDC.

Thus, ONDC goes beyond the current platform-centric digital commerce model where the buyer and seller have to use the same platform or application to be digitally visible and do a business transaction.

ONDC protocols would standardize operations like cataloguing, inventory management, order management and order fulfilment. Thus, small businesses would be able to use any ONDC compatible applications instead of being governed by specific platform centric policies. This will provide multiple options to small businesses to be discoverable over network and conduct business. It would also encourage easy adoption of digital means by those currently not on digital commerce networks.

ONDC is expected to make e-Commerce more inclusive and accessible for consumers. Consumers can potentially discover any seller, product or service by using any compatible application or platform, thus increasing freedom of choice for consumers. It will enable the consumers to match demand with the nearest available supply. This would also give consumers the liberty to choose their preferred local businesses. Thus, ONDC would standardize operations, promote inclusion of local suppliers, drive efficiencies in logistics and lead to enhancement of value for consumers. 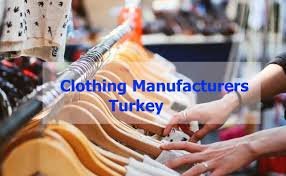 2021 – A year of progress for Indian Textile & Apparel sector: ITF