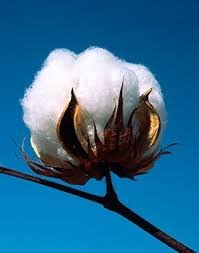 HYDERABAD: The country’s cotton production – already on a downward trajectory for several years – is likely to see further decline given the dearth of any corrective measures, warned the Sindh Abadgar Board (SAB), a farmers’ lobbying group, on Sunday.

During an online meeting chaired by SAB vice president Mahmood Nawaz Shah, the board deplored the failure of the federal and provincial governments to announce any measures addressing the factors that have caused an unremitting drop in the cotton yield.

While the textile industry can import cotton to fulfill its demands with many incentives to the industry, the country’s precious foreign exchange reserves will bleed, those present at the meeting pointed out.

Highlighting the drop in Pakistan’s cotton production from 14.8 million bales to 9.4 million bales, they added that cotton farmers, too, would be at a loss.

Farmers’ representatives at the meeting claimed that cotton sowing in Sindh from March to May this year remained affected by the low quality seeds. “It is difficult to understand why the government allowed the sale of seeds with only 50 per cent germination,” they complained, adding that the usual germination percentage of the seeds previously used in the province had been 75 per cent, while international standards called for 98 per cent.

The board further expressed dismay that while the seed quality was compromised, the price was increased from Rs150 per kilogramme to as much as Rs300 per kg.

The farmers also claimed that cotton growers had to sow double and, in cases like the locust attacks, triple the amount of seeds required to grow the crop in a particular area. The locusts, too, created severe problems during the sowing, quickly devouring the freshly sprouted plants.

“The SAB has repeatedly raised serious concerns about decreasing cotton production with the issues of pests, seeds, rates and so on. Even as these problems were not addressed, new and more complex ones have emerged,” they noted.

The board suggested a policy overhaul to enhance production back to 14 million bales in the medium term, but this, they added, would require the provision of high yield, climate-resistant and pure seeds to the farmers as well as the rationalisation of cotton rates in consonance with inflation.

The growers’ body demanded compensation for those farmers whose crops were destroyed by the locusts in the last six months, aerial spraying of pesticides and regional cooperation with other countries in order to control the locust swarms.

The board also called for a fertiliser subsidy of Rs37 billion and the revival of the agriculture emergency programme as announced by the federal government last year.