India will be reaching a target of $65 billion and counter Vietnam, Bangladesh in terms of Textile Exports Textiles have a very long history in India. Known as the land of beautiful fabrics over the ages, India is home to a textiles industry that has been a very important part of the country. However, the country’s recent performance in global trade has not been commensurate with its abilities. Exports declined by 3 percent during 2015–2019 and by 18.7 percent in 2020. And yet during the same period, other low-cost countries such as Bangladesh and Vietnam have gained share.
A variety of factors have contributed to India’s recent trade performance. India has factor cost disadvantages (for example, power costs 30 to 40 percent more in India than it does in Bangladesh). Lack of free or preferential trade agreements with key importers, such as the EU, UK, and Canada for apparel and Bangladesh for fabrics, put pricing pressure on exporters. The high cost of capital and high reliance on imports for almost all textiles machinery makes it difficult to earn the right return on invested capital. Longer lead times than for Chinese manufacturers make India uncompetitive, especially in the fashion segment. The trend of nearshoring in western economies has not helped either.
However, COVID-19, which has triggered a recalibration of sourcing patterns (China-plus-one sourcing), has provided a golden opportunity for Indian textiles to regain a leadership position as a top exporting economy. India should strive to grow exports at a CAGR of 8 to 9 percent exports during 2019–2026, which should take exports to $65 billion by 2026. The Ministry of Textiles has set an even higher export target of $100 billion over the next five years. Achieving these targets could help  7.5 million to 10 million direct new jobs in textiles. For a sector that employs almost 45 million people in direct jobs across industry and farming, generating these many jobs will be a staggering achievement and will provide a big boost to the overall economy.
Achieving the $65 billion exports target up from $36 billion in 2019—will require India to double down in five key areas: 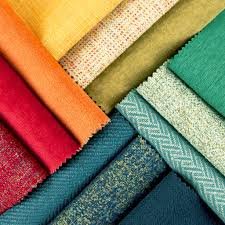