Exports dipped 0.3% to $27.7 billion, largely due to lower global oil prices, while imports  rose 7% to $40.6 billion, resulting in a higher trade deficit.
Preliminary numbers released by the commerce department on Tuesday estimated trade deficit at $12.9 billion, compared to $9.9 billion in the corresponding period last year, but a tad lower than January 2021 level of $14.5 billion.

During February 2021, non-petroleum exports were estimated at $25.2 billion, 3.6% higher than the year ago level.

Non-petroleum imports were estimated to have gone up by 16.5%, indicating that demand in the domestic market was returning to normal. At the same time, higher commodity prices would have accounted for a part of the increase in the import bill.
Gold and electronic goods were among two sectors that saw a sharp increase in imports during February, with the shipment of yellow metal more than doubling over the corresponding period in 2020. 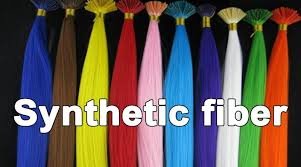 Armenian fashion is benefiting from a ban on Turkish imports