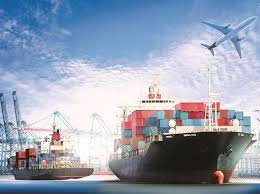 India’s exports grew in September after contracting for six months, driven by growth in outbound shipment of engineering, petroleum, pharmaceuticals and readymade garments. Exports rose 5.99% on year-higher than 5.3% shown by preliminary data released earlier this month-to $27.58 billion in September.
Imports declined 19.6%, leaving a trade deficit of $2.72 billion, data released by the commerce and industry ministry showed. Trade deficit narrowed from $11.67 billion in September 2019 and $6.77 billion in August 2020.

Imports declined 19.6%, leaving a trade deficit of $2.72 billion, data released by the commerce and industry ministry showed. Trade deficit narrowed from $11.67 billion in September 2019 and $6.77 billion in August 2020.

“The reasonably broad-based pickup in merchandise exports in September has come as a relief, and signals on its sustainability are anxiously awaited in light of the second wave of Covid-19 infections being experienced in many trading partners,” said,” said Aditi Nayar, principal economist at ICRA.

China’s exports grew 9.9% on year in September and imports rose 13.2% in dollar terms. The World Trade Organization earlier this month revised its forecast for the decline in world merchandise trade to 9.2% in 2020 as against a 12.9% drop projected earlier, based on a strong trade performance in June and July as lockdowns were eased and economic activity accelerated.

India’s sequential compression in the trade deficit was led by both the pickup in exports as well as the sharp drop in gold imports.

“Indian exports are already on the path of recovery. Food and agri exports from the country have recorded almost 45% growth in the last quarter and will continue to do so in future,” said Mohit Singla, Chairman Trade Promotion Council of India.

Preliminary data released by the ministry earlier this month had shown that among major countries, exports to China (20.78%) and the US (15.54%) grew at the fastest pace in September. Of its exports to the top 10 countries, only those to UAE and Hong Kong declined in September from last year. India’s imports from most major economies contracted last month, including China (10.1%). Of India’s top 10 import partners, imports from only Singapore increased. Both exports and imports started declining since March and India’s trade balance turned surplus in June for the first time in 18 years.

As per the data, only eight out of 30 major sectors of export declined last month. Singla added that the other exports sectors which are expected to grow in the next two quarters are steel, mining, pharma, home sanitation and home furnishing.

“Imports of non-oil items continue to be in the negative trajectory, which is a concern. The recovery in the export sector in September could only be considered as sustainable if there is also pick up in imports of non-oil, non-gold items. We need to wait and watch the trend for a couple of months to see whether the growth is sustainable in the second half of FY 21,” said Prahalathan Iyer, Chief General Manager, Research & Analysis, India Exim Bank.

Textile made of cellulose-based biodegradable resin

What A Solution Like SpectraVision Can Do for You. From high-res sample images to on-screen color evaluations 25% of global sourcing will stay with China