Even as the government has come out with a timeframe to process and give tax refunds under the indirect tax framework, many exporters complain of continuing delays and some are exploring legal options as they face cash flow issues.

Many of them have reached out to the government, claiming tight cash positions on account of delays in getting refunds and duty drawbacks they are entitled to.

The tax department had come out with a guideline to process these within a deadline and recently the authorities had said that the duty drawback claims also must be processed within a timeframe. This timeframe was also reduced to three days from seven.

Duty drawbacks are essentially refunds that can also be set off against future liabilities.

As in some cases the refunds are pending for more than 10 years, the appropriate remedy is writing to jurisdictional court,” said Abhishek A Rastogi, a partner at Khaitan & Co. Many exporters are also looking to take the government to court as they received tax notices even as their refunds were still not processed due to some “discrepancies” in their tax refunds, said people in the know.

Officials said the scrutiny was needed as they wanted to make sure that this did not lead to revenue leakage. The tax department had also started rejecting GST refunds offered to exporters for subsidiaries of multinationals in the information technology sector and Indian production houses. DRAWBACKS OF THE FASHION INDUSTRY IN INDIA 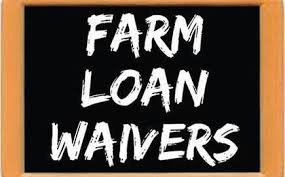 The country can’t afford a loan waiver for industry