EXIM TRADE WITH INR – A STEP IN THE RIGHT DIRECTION-SIMA

Textiles and clothing industry that exported merchandise worth around US$ 44.4 billion during the year 2021-22, accounting for around 10% of the total exports and has been gearing itself to boost exports taking advantage of the numerous policy initiatives by the Government during the last two years.  The textile industry has been facing challenges on account of the volatility in the forex rates especially the US dollar rates.  The Rupee has depreciated to the record level in the recent days.

In a press release issued here today, Mr Ravi Sam, Chairman, The Southern India Mills Association (SIMA) has welcomed the RBI announcement of the international trade settlement in Indian Rupees (INR) and stated that proactive initiative by the Government has given a sigh of relief to the the Indian exporters and importers,who have been facing challenges owing to the tightening of monetary policies all over the world.   He has said that the policy would encourage the countries having substantial trade with India and having forex shortage to increase their trade with India thereby throwing more opportunities to boost the exports apart from helping India to reduce its trade deficits on account of oil imports.

SIMA Chairman has stated that though the real benefit could be reaped only after a considerable time, in the long run this would encourage several countries intending to trade in INR to opt for such trade and thereby make INR to become yet another international currency for international trade.  He has said that several textile exporters are struggling to realise the money from certain countries including Russia and Sri Lanka that are currently facing economic crisis and sanctions. He felt that the RBI decision would greatly help to settle the exports/import payments and encourage cordial trade relationship.

Mr Ravi Sam has pointed out that the rupee has not weakened against many currencies while it is heavily depreciating against US dollar and therefore, the RBI move would greatly control the currency volatility and strengthen the foreign trade with several countries including the neighbouring countries.  He has added that India would perform well in the international arena and internationalizing the Indian Rupee is the first step in the right direction.

SIMA Chief has appealed to the Government to extend all the export benefits for all the exports settled with INR to enable the exporters to sustain their global competitiveness and prevent them from facing financial crisis. 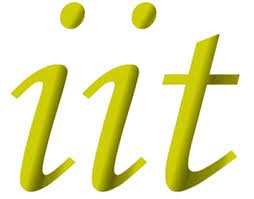 Indian Institute of Technology’s (IITs) to help textiles get back on track post pandemic.