Noting the recent progress in eliminating and reducing customs duties on several American and European products on both sides, the European Apparel and Textile Confederation (EURATEX) and the American Apparel and Footwear Association (AAFA) recently said they regret the narrow scope of this tariff agreement and that it doesn’t include textile and apparel items.

“We call on the European and American authorities to make the necessary efforts to cover all industrial goods, including textiles and clothing, on both sides of the Atlantic,” both the associations said in a joint press release.

Urging authorities on both sides to end the ‘long and unhealthy’ trade war related to the cases of Boeing and Airbus at the World Trade organization (WTO) level, the associations said they are pleased to see smart textiles as one of the areas in which standardisation cooperation between Europe and the United States will be strengthened.

The European Commission on September 8 published a proposal for a Council and European Parliament regulation to scrap duties on certain imports to the European Union (EU). In return, the United States will reduce its duties on certain EU exports to the US market. This will put into effect the agreement announced by both sides on August 21 this year. These tariff reductions between both sides will increase access to both EU and US markets by around €200 million per year.

“The European textile and clothing sector is already negatively impacted by this conflict, which is leading towards extraordinary customs tariffs for our and other industrial sectors. Just as we have opposed the imposition of duties by the US Government on EU products, we strongly oppose additional duties being imposed by the EU on American products, as it is expected to be the case in the weeks to come. Current taxes should be eliminated, and solutions need to be arranged to rapidly end this trade war,” the trade bodies added. 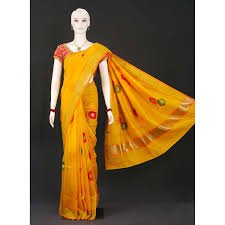