The European Union (EU) and China last week agreed in principle to the EU-China Comprehensive Investment Agreement (CAI) that was tentatively approved. It will be the most ambitious agreement that China has ever concluded with a third country and will ensure that EU investors achieve better access to a fast growing consumer market and compete on a better level-playing field in China, the EU said.

In addition to rules against the forced transfer of technologies, CAI will also be the first agreement to deliver on obligations for the behavior of state-owned enterprises, comprehensive transparency rules for subsidies and commitments related to sustainable development, the EU said in a statement.

There was a push from German Chancellor Angela Merkel to conclude the deal as Berlin held the EU presidency until the end of the year and Germany is the biggest European exporter to China.

The agreement, however, has reportedly disappointed the US administration, which expected the trade bloc to pay attention to the concerns over allegations of human rights abuse and forced labour by the Chinese government on minority Muslims. Even advisers to President-elect Joe Biden had reportedly signaled reservations about the pact and a desire for more input before it was concluded.

Matt Pottinger, President Donald Trump’s deputy national security adviser, issued a statement before the agreement was finalized, saying, “Leaders in both US political parties and across the US government are perplexed and stunned that the EU is moving towards a new investment treaty right on the eve of a new US administration.”

“There is nowhere for bureaucrats in Brussels or Europe to hide. We can no longer kid ourselves that Beijing is on the verge of honoring labor rights, while it continues to build millions of square feet of factories for forced labour in Xinjiang,” Pottinger added.

Earlier, Bernd Lange, a German Social Democrat who chairs the European Parliament’s trade committee, said the fact an agreement was near despite such concerns was ‘clearly worrying’.

CAI binds China’s liberalisation of investments over the last 20 years and prevents backsliding. This makes the conditions of market access for EU companies clear and independent of China’s internal policies. It also allows the EU to resort to the dispute resolution mechanism in CAI in case of breach of commitments.

In addition, the EU has negotiated further and new market access openings and commitments such as the elimination of quantitative restrictions, equity caps or joint venture requirements in a number of sectors. “These are restrictions that severely hamper the activities of our companies in China. The overall package is far more ambitious than what China has committed to before,” the EU said.

EU sensitivities, such as in the field of energy, agriculture, fisheries, audio-visual and public services, are all preserved in CAI, it said.

China will allow investment in the relevant land-based auxiliary activities, enabling EU companies to invest without restriction in cargo-handling, container depots and stations, maritime agencies, etc. This will allow EU companies to organise a full range of multi-modal door-to-door transport, including the domestic leg of international maritime transport 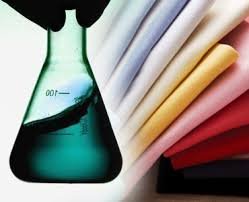 Adverse effects of digital marketing on the handloom business