Enter the New Normal with IHGF Indian Handicrafts and gift Fair- IHGF is Asia’s one of the largest gifts & handicrafts fair. This fair is organized by Export Promotion Council for Handicrafts (EPCH) in two seasons -Spring & Autumn. IHGF Delhi Fair was established in the year 1994 and since then it is providing business platform to the exporters.  Today IHGF Delhi Fair Autumn 2020 has become “one stop sourcing event” in Asia.

EPCH, endeavor by accepting the new normal and will be using digital platform for its virtual fair IHGF Delhi Fair Autumn 2020, that is to be held on July 13-18 as its 49th edition.

In step with the new normal, the 49th edition of the IHGF-Delhi Fair went virtual on Tuesday. Restricted activity due to the pandemic led Export Promotion Council for Handicrafts (EPCH) to introduce the digital platform of the virtual fair scheduled from July 13-18.

As a precursor to this fair, the Council organized two products specific shows on Indian Fashion Jewelry and Accessories and IHGF Textiles Virtual fair which had a combined visit of 2700 overseas buyers.

This is a very innovative step taken by EPCH by introducing digital platform where their exports have not been cased. Acceptance, innovation and constant upgradation is the future. Kerala on the look out of flights from Gulf countries 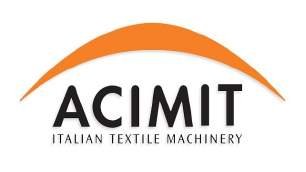 ACIMIT, an Italian company, will drive digital transformation in the textile industry