Employment has been an issue of interest as it reflects potential income and spending in the economy. The foregoing study looks at 1703 companies spread across various industries and analyses the movement in headcount as of the end of the year. Three years are considered here: FY18, FY19 and FY20.

It must be stated upfront that the data taken from the Annual Reports refer to the year-end numbers which can be skewed either ways as it does not capture the attrition as well as addition that takes place during the year. It is hence the stock of workforce as of March 31. Second the numbers can get skewed further due to M & A activity with numbers showing an increase due to the merged entity having a larger number compared with the previous year while the acquired company moves out of the sample thus lending an upward bias to growth numbers. Third, it does not account for outsourced labour which is the norm in the corporate sector that does not come under the heading of headcount for companies as they are not on the payroll. Nonetheless the exercise is useful as it indicates trends in job creation which has been at the forefront of debate in the country as employment has been a key concern of late.

FY20 was the year when GDP growth came down very sharply to 4.2% from 6.1% in FY19. In FY18 growth was 7.0%. There has been a distinct slowdown in the rate of growth in the last two years. For the sample companies there was a slowdown in growth in headcount from 4.1% in FY19 to 2% in FY20. In absolute terms the headcount moved from 6.161 mn in FY18 to 6.416 mn in Fy19 and 6.541 mn in FY20. As the pandemic induced lockdown has led to significant rationalization in headcount in several sectors, the picture for FY21 would be more negative than in FY20. The chart above shows that the top 5 sectors accounted for nearly 60% of total headcount in the corporate sector in FY20. The dominance of IT and banking can be seen with close to 39% being employed here. These two are clearly the big employers. Auto, finance and healthcare at the next three sectors with high headcounts. Thus, services continue to be the main driver of employment in the country just as been seen in the structure of GDP too which is tilted in favour of this sector.

While rate of growth of headcount slowed down to 2% in FY20 this meant that incremental headcount came down sharply from 255,176 in FY19 to 125,542 in FY20. In fact, banking and IT added 138,655 to their headcount this year and if excluded would reveal a decline in incremental terms for the other sample companies. Quite clearly there has been pressure on the job creation front in the corporate sector.

Finance was the third largest in terms of incremental employment with around 23,000 in FY20. But this was half of the addition in FY19 thus reflecting partly the stress that the sector had been through in the last couple of years. The FMCG sector had almost doubled the incremental headcount and hence came close to banks which had witnessed a similar increase in net additions during the year. Healthcare was marginally below the net additions in FY19 while the others witnessed a decline. The economic environment was hence not conducive to job creation. Problem areas
There are some sectors which have witnessed negative growth in headcount in the last two years. These are the ones which have been affected by major slowdown at the macro level.

– Telecom was an exception with positive growth of 12.7%. However, the sector was under pressure with other regulatory issues which led to companies rationalizing the staff count.

– Even in terms of value added as per the IIP classification in real terms mining had grown by 1.7%, while capital goods declined by 13.9%, construction materials by 0.9%, crude oil by 5.9%. The value added in real terms as per GDP for the combined group of trade, hotels, communication etc. grew by 3.6%which was lower than 7.7% in FY19. The segments which witnessed positive growth in both the years were banks, electricals, FMCG, insurance, finance, IT and realty. Here realty does come as a surprise given that the industry has been through tough times post implementation of RERA. The growth rate however had slowed down for the sample companies in this industry from 9.7% to 4.4%.

The lockdown affected several industries especially in the services segment and the non-essential category within manufacturing. With the first two months of the year being virtually closed, companies had to perforce look differently at their staff strength. Layoffs were announced by several companies and others had put on hold their plans on further recruitment as there was uncertainty on the issue of when production would begin. Under these conditions it does look like that the growth in overall job creation could slow down this year. With 7 months having passed there is still very limited activity in terms of ability to operate for services like hotels, entertainment, tourism. For others like infrastructure the second half would hold the clue as the government should be taking the lead in terms of starting new projects.

Industrial growth has been negative in all the months so far which does not bode well for employment. However, this is expected to change and as companies move towards their pre-covid levels of operations there could be some uptick in hiring towards the end of the year in Q4 which is a positive hope. Nonetheless, with overall GDP growth for the year expected to be -8.2% the rate of growth in headcount could slide relative to March 2020. Sector differences will remain and the IT and BFSI segments would probably continue to show accretions in their staff headcounts this year too. 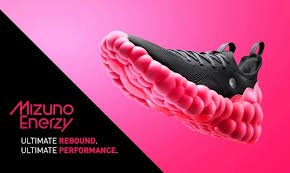