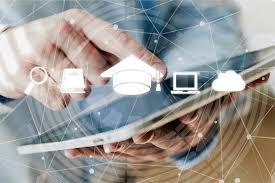 The Holding Company for Cotton, Spinning, Weaving, and Clothes signed a contract on Thursday to establish a new spinning factory at the Misr Spinning and Weaving Company in al-Mahalla al-Kubra, anticipated be the largest spinning factory in the world.

Set to be located on an area of about 62,500 square meters, the factory accommodates more than 182,000 spinning wheels with an average production capacity of 30 tons per day.

Construction on the factory is estimated to take around 14 months at an estimated cost of roughly LE780 million.

The contract was signed between the holding company’s chairman and the deputy chairman of Gama Construction, the project’s winning tender.

It comes as part of the state’s comprehensive development plan for cotton, spinning and weaving companies under the Ministry of Public Business Sector.

This plan will take around 30 months to implement at a cost exceeding LE21 billion and includes a total modernization of construction and machinery – of which contracts are in place to import from international companies alongside comprehensive development in management, marketing and training systems.

The development plan involves increasing specialization and removing redundant activities in more than one company by merging 23 spinning, weaving, dyeing and processing companies into nine, and merging nine cotton trade and ginning companies into a single entity.

The merger aims to have the ten remaining companies become strong entities capable of competing and integrating while tripling current production capacity.

Those companies set to be merged will continue operating as usual until the completion of the merger expected for summer 2021.