Borrowers availing loans under the Emergency Credit Line Guarantee Scheme (ECLGS) 2.0 will have to repay the principal amount in 48 installments post the one-year moratorium, according to the new scheme’s operational guidelines released on Thursday.

The government termed the credit product under which the guarantee would be given as Guaranteed Emergency Credit Line (GECL), in the guidelines released along with a set of 127 frequently asked questions (FAQs).

Finance minister Nirmala Sitharaman had announced version 2.0 of the scheme while extending the existing scheme till March 31, 2021, during the unveiling of the Atmanirbhar Bharat 3.0 package earlier this month.

The two credit guarantee schemes would run alongside each other and would both be subject to the Rs 3 lakh crore limit that was announced in the original scheme in May.
As of November 12, Rs 2.05 lakh crore worth of loans were sanctioned under the ECLGS with Rs 1.52 lakh crore being disbursed. The second scheme was envisaged to utilise the remaining funds under the umbrella amount.

In addition to ECLGS 2.0, where no annual turnover ceiling has been prescribed, it has also been decided to extend ECLGS 1.0 to entities under the scheme which had a total credit outstanding upto Rs.50 crore, but were previously ineligible owing to their annual turnover exceeding Rs.250 crore, a finance ministry statement said. 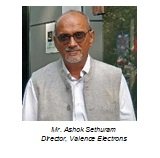