Ease of doing business: how states are ranked, and what’s different now.

Ideally, the number of respondents for every state should be decided based on population or number of business clusters to ensure that the sample is representative of the state. It is not clear if DPIIT used representative samples.

The latest ease of doing business rankings for Indian states, released by the Department for Promotion of Industry and Internal Trade (DPIIT), have thrown up some interesting results. The absence of more industrialised states such as Tamil Nadu and Maharashtra from the top rungs and the presence of states such as Uttar Pradesh (which was in the past far behind but has now shot up to all-India number 2) in the top ranks has surprised many. A look at what went into calculating the final rankings.

How are the rankings arrived at?

The objective of DPIIT’s reform exercise is to provide a business-friendly environment, for which the regulations in a state have to be made simpler. Therefore, it devised a methodology to rank the states according to the ease of doing business (EoDB) in a state.

DPIIT provides a set of recommendations meant to reduce the time and effort spent by businesses on compliance with regulation called the Business Reform Action Plan (BRAP). BRAP 2019 is an 80-point list of reforms recommended to simplify, rationalise and digitise the regulatory framework in a state.

The reforms are grouped into 12 broad areas like land administration, labour regulation, obtaining electricity and water supply permits, environment regulation, etc. States are required to submit proof of implementing each reform on the DPIIT’s EoDB portal and submit a list of users of these reforms. A sample of these users is then surveyed to determine the efficacy of these reforms. Each question is assigned a weight. The final score is a weighted average of all the responses applicable to a state.

What reforms does DPIIT recommend?

DPIIT recommends all states have a single-window system that provides all necessary information on permits and licences required for starting a business. Permissions required from municipal or village government bodies or police for activities like filming movies should also be explicitly mentioned.

To reduce delays further, DPIIT recommends that the duration of licences be extended or that they be renewed automatically based on self-certification or third-party verification. A state is also rewarded if a set of regulations (like labour or environment laws) are not applicable to it.

Are these scores and ranks comparable to those from previous years?

For the first time since its inception in 2015, the BRAP rankings relied entirely on the feedback it received from the businesses for whom these reforms were intended. Earlier editions computed scores based on the responses of the relevant state government departments. The 2017-18 edition used a combination of state government and user feedback to compute the score.

Therefore, strictly speaking, the 2019 rankings are not comparable with those from last year.

How did the states perform?

Andhra Pradesh secured the top spot for the third time since the ranking was first released in 2015 (Table 1). UP jumped ten spots to number two and Telangana slipped to three. Gujarat, which was first in the first-ever edition of the rankings, was ranked 11 this year; Haryana slipped all the way to 17.

Why were these rankings criticised?

DPIIT’S methodology does not consider the actual number of reforms implemented by the states, as shown in Table 2. States like Haryana and Gujarat have implemented all the reforms recommended by the DPIIT, but were ranked low on the EoDB list.

Gujarat has reportedly attributed this to poor response from the survey respondents. The methodology used by the DPIIT awards points on a reform to a state only if there was an adequate response from users of that response.

Ideally, the number of respondents for every state should be decided based on population or number of business clusters to ensure that the sample is representative of the state. It is not clear if DPIIT used representative samples.

How do these reforms affect investments?

An analysis by CARE Ratings shows that “the top-ranking states in terms of ease of doing business have not necessarily been associated with higher shares of new investments announced during the year”.

As Table 3 shows, except for Andhra Pradesh, the top-ranking states as per these rankings do not have high shares in the total investment during the year. This is because businesses respond to other conditions like the availability of skilled labour, infrastructure, finance, etc.

In addition, these rankings do not consider the cost of doing business, which is what matters to businesses at the end of the day. 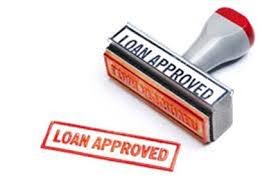 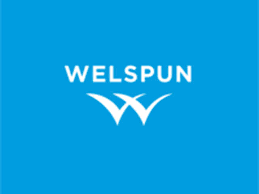