Paying off loans and investing in SIPs will follow the path to the financial turbulence.

There was an interview conducted by an anchor on television. She was qinterviewing a demon. The conversation went something like this…

Anchor: What is the cruellest thing you have done in life?

Demon: (laughs) Doing cruel things is my job. That is what I do always.

Anchor: Tell our viewers something cruel that you would do which would send shivers down their spines.

Demon: I make children orphans, I spread epidemics in which lots of people die, I created world wars; holocaust.

Anchor: Can you tell us something in which you, as demon, takes pride in. Which according to you is a feather in your cap?

Demon: (thinks and later, with a mild smile on face says) I introduced credit cards. Credit card as a payment mechanism is not bad if the full bill is settled. However, if the bill is only paid in part, with the rest to be settled over a period of time, the demon will celebrate as it will make one’s life miserable. All kinds of loans cause obstacles in wealth creation. This does not mean we should not borrow. Instead of staying in a rented house and paying rent, it is better to go for a home loan and pay monthly instalments in the form of EMIs. Similarly, if someone is ill in our family and there isn’t sufficient health cover, we have to borrow. Borrowing for funding daughter or son’s education is also justifiable, but having borrowed, pay off the loan at the earliest. So many times we observe people having a fixed deposit in bank which is giving 6% and a home loan on which they are paying 8% interest. This does not make sense Many a time, when the stock market is rising, people borrow money and invest the amount in shares.

The thought process is that on the borrowed amount, the rate of interest is 12% but in the share market, they can generate 18%. What they forget is they will have to pay 12% irrespective of whether they are able to generate 18% or not. If they really generate 18%, the actual returns less the interest paid on the loan will be about 6%. Much less than rest of the investors who would have generated 18% returns. If the equity market drops by 7%, they would lose 7% plus 12%, which is the interest paid on borrowed funds. Their gains would be less and losses more than the other investors.

In the year 2008, Radha and Pankaj, a young couple in their early thirties, wrote to me. They had a home loan on which they were paying instalments on time. They had surplus funds which they wanted to invest. Year 2008 was the year when there was a massive equity market rally and everybody was generating abnormal returns on their investment. When I suggested that instead of investing, they should pay back home loan, they did not like my advice. After a few years, they contacted me again. They had gone through financial turbulence. While I had forgotten about the interaction, they reminded me about the conversation. Instead of paying back the loan in 2008, they invested in equity mutual fund. In 2009, when there was fall in overall economy, Pankaj lost his job for a while and later had to settle for an employment which was paying less. The value of their equity mutual fund had dropped substantially while the rate of interest on the housing loan had gone up.

An almost similar situation, or probably even more severe, is being observed right now, except that this time round we are also dealing with a pandemic and an economy in a slowdown mode than what it was in 2009. If possible, get out of the loan. Trust me, individuals and families without EMI burden will be able to deal with most financial turbulences such as income loss, job loss, pay cuts, erosion in investment value etc. significantly better vis-a-vis those who have to service EMIs. The best way is to pay back loan and use the money saved from paying instalments in investing. Start SIP of an amount equivalent to the instalments. Every instalment we pay has an interest component which is someone else’s income. However, every SIP leads to nourishing our wealth. Therefore, pay off the loan at the earliest and use the amount to nurture your wealth. Denim has no age 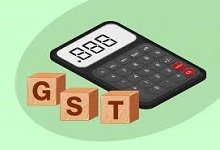