According to a survey conducted by the Clothing Manufacturers Association of India (CMAI) in the first week of May, domestic apparel manufacturers, faced with the intensity of the second wave of covid, are contemplating a workforce reduction as they face a poor order pipeline.

Close to 77% domestic garment manufacturers surveyed by CMAI are contemplating a 25% reduction in staff as they expect business to contract in the coming months. Moreover, 72% of respondents reported 50% cancellation in orders placed by buyers. Close to 45% of those surveyed expect the market to revive around Diwali.

This will lead to a pile-up of inventory in the coming months, CMAI said.

“The industry, which went through a torrid last year, was just about recovering at the beginning of 2021, reaching close to 80% of its pre-covid sales levels. However, the study indicates 55% of the manufacturers achieving less than 25% of their sales during April 2021,” CMAI said in a statement on Friday.

The survey comes as growing state-wide lockdowns have cast uncertainty over the near-term demand outlook for discretionary products such as apparel and footwear.

With more households in the country facing localized restrictions—consumers are likely to shun large purchases; moreover, several states have also directed non-essential stores to temporarily shutter as they face a resurgence in infections. As a result, retailers are likely to cut back on future orders and liquidate existing inventory as and when stores are allowed to open.

Domestic apparel manufacturers said May will be worse than April.

“The situation is equally grim on the cash flow front, with 72% of the respondents receiving less than 25% of their due payments in April, and another 12% receiving less than 50% of their dues. What makes the situation more worrying is that as a result of regional lockdowns increasing across the country, 90% of the members believe May to be far worse than April, and 45% not expecting markets to revive before the Diwali Festival. In fact, more than 20% do not see the revival starting before 2022,” CMAI said while releasing the findings of its survey.

The industry is also a large employer. Keeping that in mind, the Karnataka government modified its lockdown guidelines late April to allow garment manufacturing units to operate with 50% manpower.

CMAI said the lockdowns and the second wave will have a “drastic impact” on employment in the sector.

“The workers themselves seem to have sensed this impending doom, and 64% of the factories have seen more than 50% of their workers returning to their villages,” it said.

The CMAI has urged state governments, especially those in Maharashtra and Karnataka—two of the largest clusters of garment manufacturing—to give the domestic garment industry due consideration when considering economic activity opening up. This includes allowing units to run at half their normal capacity, according to the study. Cationic dyeable yarns are a hit in Chinese markets Japan is the biggest investor in India’s textile industry: MoT 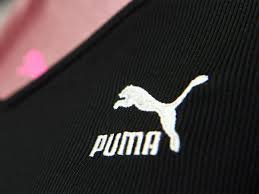