According to a new study published by Polaris Market Research the global digital signage market is anticipated to reach USD 34.9 billion by 2026. Digital signage helps the companies to promote their products and services using creative ideas, thus reaching out to a large number of audiences at a single time. Digital signages uses audio visuals, thus eliminating the need for printed materials. They are also used for information sharing with the help of self-service kiosks and information kiosks. Different industry verticals are adopting to this technology, owing to its cost effectiveness and due to the ease of content sharing. The data on digital signages can be shared simultaneously to different screens installed at different locations, thus reducing the time and cost and helps in providing better control over the data displayed. Due to these advantages, the market for digital signage is projected to gain traction over the forecast period.

Displays play a major role in the overall digital signage market. Display technologies such as LCD, LED and projection are widely used. Currently the market for LCD is high, however with the growing adoption of LED display panels, the market for LED display is anticipated to gain traction during the forecast period. This is majorly due to the flexibility, brightness and clarity which these LED screens provide. There are different types of digital signages which are being used in the market which include transparent LED screens, video walls, video screens digital posters and kiosks. The market share for video screens is high, however video walls are estimated to gain a larger market share due to its increasing usage in different industry verticals. These video walls can be used both indoors and outdoors and can be installed and implemented according to the different shapes of the buildings. Kiosks on the other hand are being used widely in educational institutes, offices and malls for self-help and are estimated to gain traction. Digital signage components which include hardware, software and service are also gaining a good traction in the market. Hardware is one of the crucial component for digital signage, since it is used for displaying the information. This hardware is expensive and majorly include screens, connectivity hardware and sensors. Software on the other hand helps to display and upload the content on these screens and help them to connect with the central servers. The service segment includes installation and maintenance of these hardware and software. It is estimated that the market for hardware would gain a significant traction followed by software and service segment during the forecast period.

Retail sector is one of the largest adopter of the digital signage technology followed by banking, transportation, government and hospitality industry. This adoption by the retail sector is due to the increasing need and requirement of the retail stores to promote their products, service, offerings in a more attractive way to attract more customers. Along with this sector, the transportation vertical incorporates the use of computerized advertising and screens at airplane terminals, railroad stations, metro platforms, and transport stands. Furthermore, the digital screens are additionally utilized on the streets, over and inside taxis, public transport systems, and on terminals for information sharing as well for advertisements. This increased usage and application in different verticals is boosting the global market for digital signage. Experts from Ayurveda Industry and PHD Chamber of Commerce & Industry emphasize on Significance of Ayurveda Rasayana- Immunomodulators in Restoring Holistic Health and building Immunity to fight against COVID-19. 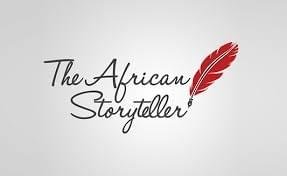