Despite PM Modi’s Goal, Jobs and exports hit hard due to crackdown on leather units. Prime Minister Narendra modi, who has set a vision to create millions of jobs by more than twice the rate of the leather industries revenue to 27 billion by the year 2020. New Delhi: Leading global brands turn to China, Bangladesh, Indonesia and Pakistan to secure supplies since the crackdown on Muslim dominated abattoirs and the trade of cattle lowered India’s leather exports by more than 13% in June.

With overseas sales estimated at dollar 5.7 billion in the fiscal year 2016-17, India is the world’s second biggest supplier of shoes and leather garments which exports nearly half its leather goods. The sales of these goods were down by 3.2% from a year earlier. Footwear exports sell more than 4% in April-June which was estimated to be dollar 674 million.

In March, Mr. Yogi Adityanath a firebrand Hindu Monk, after being appointed the Chief Minister of Uttar Pradesh was considered to be India’s major leather exporter and hence ordered a closure of abattors operating without license. Also, Hindus consider cows scared.

The owner of slaughterhouses complained that India’s meat and leather trade top place in the informal sector and it was really hard for them to get licenses.

The Central government hence, band the trade of cattle for slaughter and also restricted livestock sales only for agricultural purposes such as ploughing and dairy production, citing cruelty to animals.The Supreme Court later overturned that order, citing the heartship the ban had caused.

Leather, which is considered to be a key raw material faced shortage of supply which was due to a clutch of measures. Leading brands like H&M, Inditex- owned Zara and Clarcks, cut back their orders to India claim M Rafeeque Ahmed who is a leading shoe exporter from Chennai and also former president of the Federation of Indian Export Organizations. “We lost orders because our buyers were sceptical of our ability to meet their requirements. Instead, most buyers moved to rival suppliers in Asia and southeast Asia,” he said. 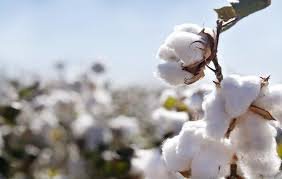 CCI’s Plan to Boost Cotton Exports to Bangladesh and Vietnam