DECODING RENTALS AMIDST THE CORONA CRISIS 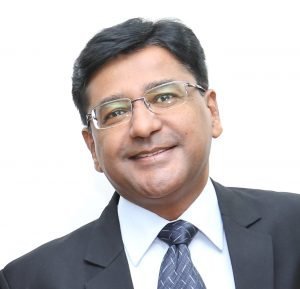 Alok Gupta is a Mumbai based Real Estate consultant in practice for over two decades. He is the President of the prestigious The Estate Agents Association of India, Central Zone One.

Having travelled to over 50 countries around the world, he tries to see a situation through a common man’s eyes. He can be reached at alok@himland.in. Views expressed are personal.

The world can be divided in two halves when it comes to dealing with a calamity like Corona virus. One, those who want to take advantage of the situation. Two, those who want to give to the society irrespective of the strength of means available to them. The Lockdown is not even half over and the tenants who belong to the first half have already started asking about the waiver of their rents. Is it justified ? Not at all …

Landlords are not the upper crust always.

In this country whenever any rule is to be made for the real estate sector, it is comfortably assumed that the landlords are the Richie Richs of the country and they can sustain and survive whatever tax, law or rule is imposed against them and the earnings out of their investments in Real Estate. The central lawmakers and the state governments ignore or sometimes just like to ignore that a major chunk of landlords are the ones who run their households out of the rentals they receive from the properties they have purchased through the hard-earned savings of their lifetime.

One of the political stalwarts was seen on the television requesting the landlords to waive at least one month’s rent or at least defer the same by a month. As long as it is just the deferment, it is still acceptable but, the moment we even start hinting about the waiver, we are inviting a lot of other economic problems and the cascading effect it may lead to.

The situation can be compared to the deferment of EMIs of term loans. The government has advised to accept deferment of upto three EMIs but, the question arises, whether it is a help to borrowers or to the banks. The banks are surely not going to lose anything. In fact, they will gain from such deferment. How ? The banks have accepted only the deferment of EMIs, they haven’t accepted to waive the interest. The interest will continue to accrue, get compounded and added to the principal. It must be noted that it is not the ‘simple’ interest, it is the ‘compound’ interest which means if the payment of interest is not made on time, the borrowers will have to pay the interest on interest too. So, when the government and the government owned banks are not ready to provide any waiver or even any concesion to anyone, what right do they have to suggest the landlords to waive rentals even of a day. Most of the rent agreements have an interest and penalty clause for the delayed payment of rent. The landlords too shall be allowed to tow the governent’s line and execute such clauses on the lines of deferment of EMIs by the banks whereby the tenants be allowed only to defer the rents, if they so wish to but, pay the late payment interest and penalties as per the agreement.

Killing the goose that lays the golden eggs!

It is worth noting that quite a lot or rather most of the landlords have purchased their properties after taking loan which they have not repayed as yet. Most of the commercial properties have been purchased and rented out by the investors who have taken LRD ( Lease Rental Discounting ). LRD is a type of term loan offered by the banks wherein the borrower repays the loan out of the rental income from the property against which the loan is taken. The size of such loans is usually big and hence the properties under these loans are big and in turn the rentals of such properties too are big. So, the non payment of rentals by the tenants of such properties will lead to the non payment of EMIs. The banks have already decided not to give any concesion in the interest on such loans which would mean either the landlords pay such interests out of their own resources or default on their loans.  The chances of the latter situation are more which in turn may jeopardise the whole finance market and the economy of the country instantaneously.

A match that no team loses!

In this time of the pandemic, it would not be an exaggeration if we say that financially, the residential tenants have not suffered at all. They are usually the salaried class who would not face even one day’s cut in their salaries. So, there is no question of them asking about the rent waiver. In fact, it is they who would be saving more money during the Lockdown as their monthly expenditure would be much less than the normal. They would save on conveyance, family outings, entertainment etc. There is a small class of residential tenants who are running their businesses and  can be further classified into those who are running a company and the ones who are self-employed professionals. Those who are running own businesses are the directors of their companies and when it comes to their financial capabilities, they are quite at par  with the landlords and are not so vulnerable that the payment of rents during the Lockdown will jeopardise their businesses. They would be paying the salaries of their staff and would also be making all other mandatory payments towards the duties and taxes pertaining to their respective businesses, why not the rents then ? The self-employed class usually consists of professionals like Chartered Accountants, Lawyers, Doctors etc. who too would have no negative effect of the lockdown in their respective professions. Most of them would also be able to work from home and carry on their professions as usual. The only set back they may face would be a deferment of some of their assignments which may lead to the delay in getting their professional fees which, as such, will not make them any poorer any day. So, there is no question of rent waivers to them too.

Wind back the clock.

Some of the tenants may try to take shelter of the ‘Force Majeure’ clause in their agreements. What is ‘Force Majeure’ ? It’s a French word which means irresistible compulsion while in Real Estate terminology it means unforeseeable circumstances that prevent someone from using the premises. Needless to say that the residential tenants are totally out of the purview of this clause as all the tenants are very much using the premises, in fact they are using it more in this time of Lockdown. We are now left with only the commercial tenants to deal with. These tenants too are using the using the premises directly or indirectly, partially or fully. Their premises have not become unusable in any way. The restaurants are running their kitchens for home deliveries, the techies of the tech-companies and the employees of the other companies may be working from home but, they are able to do so and are connected with each other through common servers etc. which are still at the premises, all other companies too are using the premises in some or the other way. Their records are at the premises, their stocks are at the premises, their communication addresses remain the same. That means the premises they have rented in have not become unusable in any way.

Circa 2003, when the SARS epidemic broke out in Hong Kong, the courts there very specifically ruled out any rent waiver to any tenant despite the tenants being unable to use their rented premises.

Weather (not escape) the rain, for only those who stay put, witness the rainbow!

So much so, some of the companies asking for the waiver of rents have even donated money for the welfare of the pandemic affected populace. How justified is this ?

Talking about the commercial tenants, we need to understand that these companies generally operate from such rented premises to keep their capitals at ease and to take advantage of the location of such premises rather than due to any financial compulsion. These tenants are the business houses and the companies who have their set objectives, their long-term plans and also a well-defined financial plan. A payment or a waiver of rent shouldn’t affect their business plans. If it does, they as it is, are not suitable to continue their businesses and if it doesn’t, they wouldn’t need any kind of waiver of rentals etc. to survive a month of lockdown. The landlord who is neither a partner nor a stakeholder in the profits of such companies, can’t be expected to waive any rent of such companies and become the stakeholder only of the expenses of such tenants. Moreover, as highlighted earlier, the owners of such premises are usually the investors who have either taken term loan or broken off their capital to buy such premises before renting them out. Needless to say that these owners are not getting any waiver of loans or the EMIs or even of the interest on the same. It would be a matter of further discussion and analysis that the banks and the financial companies themselves are stressed out already and any expectation of waiver from them may put the entire banking industry into an altogether different spin.

It would be very relevant to state that all the landlords, irrespective of the kind of tenants they have, have to pay the mandatory society maintenance charges, property taxes and all other related duties and taxes. If they waive a month’s rent, where will they get the money to pay off such dues ???

Will the income tax department be able to exempt from tax one month’s income of all the taxpayers ?? Will any state government be able to waive the electricity bill of all its users for a month ? Can the government allow free rail travel for a month ? Questions are many but, if the answer to all these questions is NO, it can hence be unambiguously concluded that asking for or even hinting of any rent waiver in this time of difficulty would not only set an extremely wrong precedent but also be highly counterproductive to the economy.