IT Minister Ashwini Vaishnaw on Sunday exhorted the banking industry to create an innovative digital platform as powerful, seamless and robust as UPI for providing quick and easy credit to MSME, small businessmen, and those at the bottom of the pyramid.

The building blocks required to create such a platform are already available, given the strong ecosystem of Aadhaar, mobile phones, UPI (Unified Payments Interface) platform and digilocker, he said, asking the banking industry to come up with innovative ideas and solutions in three months.

Vaishnaw was speaking at ‘Digital payment Utsav’ which was part of a weeklong showcase of India’s achievements in digital space titled ‘Azadi ka Digital Mahotsav’ in the capital.

Throwing a “challenge” at the bankers present in the audience, the Minister said: “Can we create a platform as powerful, seamless, good, as digital as UPI platform for providing very quick and easy credit to the MSME, small industries, small businessmen people really at bottom of pyramid.”

The Minister expressed willingness to look at promising concepts that are brought after three months, in response to the poser by him.

“You have today a good ecosystem of Aadhaar, mobile phones, UPI platform, digilocker, practically everything you need to create this ecosystem is today available. Take this challenge…next three months work on it, come back and I will be very happy to spend one full day with you to look at concepts you bring,” Vaishnaw said.

Speaking to reporters on the sidelines of the event, the Minister further said the idea is to ensure that easy credit at good terms, through a seamless process can be made available to people at the bottom of the pyramid especially for micro and small industries, small businessmen, street vendors among others.

Addressing the event, Minister of State for Electronics and IT, Rajeev Chandrasekhar noted that technology will play a big, defining role in shaping the future of the country.

India’s performance in the digital payment space is the envy of countries all around the world that only a few years back thought they were ahead in technology and innovation. 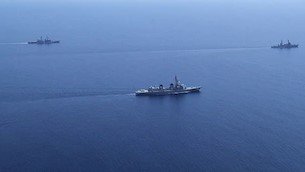 NatureWorks Thailand on the Trail for 2024