With cotton prices softening a bit and the sowing of cotton rising over the 10-million-hectare mark in the current kharif season, prices are expected to decide further in the domestic market.At present, cotton prices are hovering around Rs 80,000-85,000 per candy (1 candy = 356 kg), says Atul Ganatra, president of the Cotton Association of India, adding, adding “in the wake of increased acreage under cotton cultivation, we are expecting further correction in prices. At one point of time, prices of cotton went up to Rs 110,000 per candy earlier this year.”

Although the acreage of cotton exceeds targets in Maharashtra every year, production is higher due to better yield per hectare. In Maharashtra, farmers produce 2 bales (170 kg per bale) per hectare on an average, while in Gujarat it is 3 bales. Apart from northern states, most of the area under cotton cultivation is heavily dependent on rain water. In Punjab and Haryana, where 80% growing area gets benefits of the irrigation facility, productivity goes as high as 4 bales per hectare, Ganatra said.

Farmers are shifting to cotton as they are anticipating better return compared to other monsoon crops. Farmers need to be watchful as prices may go down to below Rs 60,000 per candy by October in case of a bumper crop, opines Avdhesh Sejpal, president of the All India Cotton, Cotton Seeds and Cotton Cake Brokers Association. Says CM Patel, joint director of agriculture with the Gujarat government: Farmers are bullish over cotton crop as sowing has crossed 2.05-million-hectare mark till July 10. 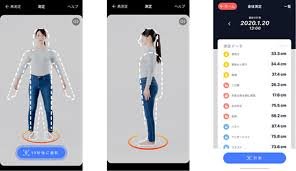