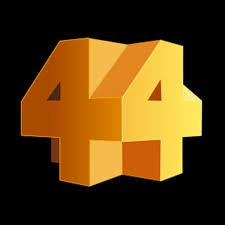 It is beyond disappointing to once again see the ABC’s Four Corners program use its influential position to air another biased, inaccurate piece of journalism.

“The ‘Cash Splash’ story was riddled with factual errors and guided the audience down a path of misrepresentation about the fundamentals of the Murray-Darling Basin Plan.

“It is understandable that the average viewer might have concerns about the Plan’s irrigation efficiency programs that the show focused on.

“Given the way the show was presented, it would be understandable for a viewer to question whether the environment has gained anything under the Plan.

“However, at no stage did the episode attempt to explain how the Basin Plan has recovered 2100GL of water for the environment, with just under 700GL coming from irrigation efficiency and infrastructure projects. There also wasn’t any effort to highlight the economic stimulus communities have received from the programs, rather than the economic devastation straight ‘buybacks’ have afflicted on many Basin communities.

“The idea propagated by Four Corners that irrigators are ‘using more water’ by taking up water efficiency schemes is false. The only way an irrigator can acquire more water is if they buy a licence that allows them access to more water from the existing water licence pool.

“While the upfront cost of buybacks is cheaper, the irrigator and their local community cannot make up for the lost production by the entitlement leaving the productive side for the environmental side.

“Efficiency projects are a more appropriate option because irrigators can do more with their remaining water, thereby underpinning communities.

“Here is the accurate breakdown of the efficiency scheme process that Four Corners so spectacularly failed to explain:

“It is the irrigator who bears the risk; if the expected savings do not eventuate, there is no option for the irrigator to have the water entitlement returned.

“It is patently and demonstrably wrong to say there is no checking as to whether the savings are real. They are real, because the entitlement holder transfers the entitlement.

“It must be remembered that 90% of Australian cotton farms are family-owned; but we are proud of all our growers, be they family farms or agricultural corporations. As an industry, we support the right of irrigation licence holders to deal with their entitlements as they see fit, including selling them to the government. However, for the sake of Australia’s agricultural capacity, food security and regional communities, we prefer water is recovered through efficiency measures.

“We acknowledge that there are public concerns around water management in this country. While we agree the Murray-Darling Basin Plan is not perfect, we continue to support its full implementation as it was conceived in 2012 and re-agreed to by state and federal water ministers in 2018. Why? Because it is the best and only deal that could be achieved by the Basin states and the Commonwealth after years of negotiation.

“We are in the middle of an extreme drought. No party (the environment or irrigators) have the water they want; but the Plan, and the water it has secured for the environment, is delivering right now, with environmental flows making their way through the Basin.

“We call on critics of the Plan to act as positive players in this debate, rather than squeaky wheels. Farmers in drought-affected parts of Australia are doing it tough, cotton farmers included. This season, our crop was reduced by half due to the effects of drought, and will be reduced by half again next season if there is not any rain. Under the Plan, water licence holders are the last to receive water allocations after critical human needs and the environment receive their share. We implore Australians to understand the facts and details around these important water issues before they blithely take to social media and venomously attack our farmers.

“It is highly disappointing to watch the ABC once again wilfully disregard its own Charter requiring journalistic accuracy, balance and fairness, in order to satisfy its hunger for producing sensationalist television stories. We condemn the continued unbalanced reporting from the national broadcaster and call on them to do their job – report balanced, fair and factual pieces of journalism. This is a call we will not back down on.” 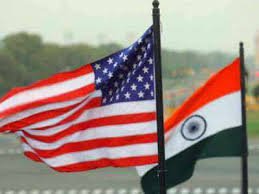