Cottco receives 38% of the targeted cotton intake in Zimbabwe Cottco has received 56 681 tonnes of cotton from farmers at a time when worldwide market prices are projected to rise. So far, the crop provided accounts for 38% of the projected intake of 150 000 tonnes.
Cottco expects to export 76% of its lint in the first quarter, which ends June 30. The firm’s order book for both lint and ginned seed is full, and the company has a market share of more than 90%. Farmers sent 82 479 tonnes of cotton to Cottco last year, up from tonnes in the same time the previous year.
Meanwhile, farmers have praised the government for allocating US$652 000 and $222 million to settle overdue payments from the previous season. Cotton producers said this season’s payments have been smooth, but they want the government to make sure they get their money fully at once rather than receiving a subsidy later.
Cotton growers in Kenya have received paid from Cottco for overdue payments. The government urged cotton producers to give their bank account information in order to facilitate payments. Farmers got the majority of their money last season in the form of food and home items. This season, farmers may choose whether to get their money in cash or in products. 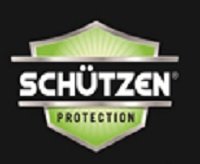