Cotton yarn prices gained in south India as spinners are trying to pass on higher cost of cotton. The price of natural fibre has crossed the psychological barrier of ₹100,000 per candy of 356 kg in some parts of the country. Traders said that yarn prices are ruling lower than millers’ rate as traders and stockists are selling their previously bought yarn.

A broker from Mumbai told Fibre2Fashion, “Millers are increasing selling prices constantly to pass on price rise of cotton. They are unable to absorb exorbitant price rise of cotton.” But market prices of yarn are ruling lower because stockists and traders are selling previously bought old stock. According to traders, stockists are also increasing prices with millers. As millers increased yarn prices due to costlier cotton, market prices also increased. Yet, there is price difference of around ₹10-20 per kg between market price and millers’ rate.

Cotton yarn prices gained ₹5-15 per kg in Tiruppur market also. Millers are further increasing yarn prices. South Indian mills were silent after steep price rise of ₹40 per kg in the last month. But traders said that cotton prices rose further in the last fortnight, so mills have increased their yarn prices. However, demand remained poor as buyers are reluctant for fresh buying. According to traders, uncertain demand scenario is discouraging buyers in the entire value chain.

ICE cotton futures settled Monday’s session lower after high volatility between positive and negative zones, as sporadic buying deals provided optimism which was washed away by the dollar’s strength. Cotton contracts for July was down 0.68 cents to 142.93 cents per lb. December contract traded at US cent 123.63 per pound with loss of 0.11 cent.

ICE cotton prices recorded triple digit gains after the release of US Department of Agriculture (USDA) crop report, which was viewed as positive. In addition, the weather for West Texas remains doggedly hot and dry. ICE July cotton settled higher by 1.93 cents to 145.53 cents per pound and December contract closed higher by 2.92 cent at 127.67 cents per pound. 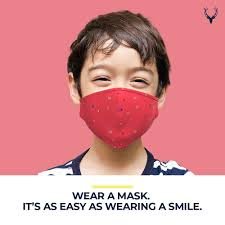