Cos Under IBC Process may get GST Relief. The government may allow companies undergoing resolution under the Insolvency and Bankruptcy Code (IBC) to pay current levies of goods and services tax (GST) without the mandatory payment of past dues. This will remove a hurdle in the bankruptcy resolution process.

Ministry of Corporate Affairs and Department of Revenue (DoR) officials have begun talks on the matter and a framework is likely to be unveiled soon, two senior government. “The issue is under discussion… A procedure will be worked out,” said one of them, adding that the officials are expected to meet this week to finalise the contours.

Tax authorities are treated on a par with operational creditors and eligible to receive payments with others. However, GST framework currently doesn’t allow a firm to file current tax dues if it has past dues. Penal action has been initiated for noncompliance even in cases where the insolvency resolution process has been initiated or GST registration has been cancelled.

This comes in the way of efforts to revive a company under IBC process. Industry organisations have lobbied the government on the issue, asking it to accept current GST dues while giving a moratorium on past ones.

Experts said there’s a need to align GST and IBC. “It is important that the period during which the corporate insolvency resolution process (CIRP) takes place is insulated from the past GST compliances of the company,” said Pratik Jain, indirect taxes leader, PwC.

Industry backs immunity for corporate debtors from penalties or prosecution for noncompliance under the GST regime.

“There is a need to recognise the fact that there could be several cases of default in GST filings/payments due to genuine reasons,” said MS Mani, partner, Deloitte India. “Such defaults should be condoned, possibly with a small penalty and the focus should be to avoid business disruptions.”

The Chennai bench of the National Company Law Tribunal (NCLT) recently directed revenue authorities to allow corporate debtors to access the GST portal to file taxes after the commencement of insolvency proceedings. It also asked revenue authorities to accept net GST liabilities after availing of input tax credit from the date of commencement of the process without insisting on payment of past dues. 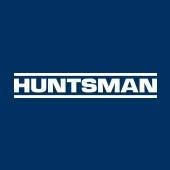