Corporates reluctant to go in for loan restructuring: SBI chief. SBI Chairman Rajnish Kumar, on Tuesday, said there has not been too much of rush for loan restructuring so far as announced by the Reserve Bank of India.

“From the banking side, what I am seeing is that there is not too much demand (for corporate restructuring). It may be contrary to what the public discourse is, but as of now, the reasons could be many. One is, of course, a lot of clean up has already happened. In the capital, a lot of deleveraging has also happened. And more than banks, corporates are reluctant to go for restructuring. That is the feeling I am getting,” said Kumar at the banking colloquium organised by CII on Tuesday.

Talking about some of the sectors where restructuring might be required, he saidaviation, hospitality and shopping malls are among the worst-hit due to this pandemic. While in case of airlines the debt profile is very different with a majority of their debt obligations coming from the leasing of aircrafts, in the case of hotels, there has been disruption of cash flows and their term-loans may have to be rescheduled. Same would be true for shopping malls.

“I don’t see that there is a clamour or there is a rush for the restructuring. There were some large accounts that were stressed. But there is also change in management happening and the problem in any case getting resolved,” he said.

In case of restructuring of personal debts, which is happening for the first time, he saidthere has not been a rush from the borrowers.

“Next quarter would be crucial for the request coming in. If there is not too much delay in economic recovery, because we are almost there for reaching recovery. If there is a recession for a prolonged period, then it would be different matter. And the stress will appear more in FY22 than in FY21. For SBI, the restructuring may not be more than ₹2-lakh crore,” he added. ICARE intervention increases income of farmers by about Rs. 10,000 per hectare 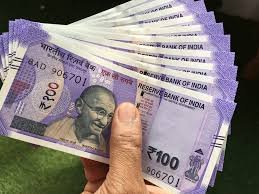