CORONA that is “COVID19” is considered as a great disaster and a big loss of opportunities by entire world. However, I feel the entire world would take this as a major tool to fight against Chinese behaviour. India should take a big lead in this initiative having an upper edge placed as a great friendly nation to most of the countries which have been badly affected by this virus.

As all of us are aware COVID19 has been originated in China and it appears that China has deliberately kept it as a secret so that they will not be blamed for originating this disease and at the same time they will use this opportunity in their favour.

However, by now the picture is crystal clear, and I am sure there would be a great movement across the globe against China & Chinese products. Main industries that would be in limelight would be Heath care and textile industry. India has already shown its great strength in textile and apparel industry by its number two position in the entire trade. At the same time we are known for quality products and having advantage of cheap labour costs. Indian brands are now getting good visibility in the international market. We are in a good position against the competition from other countries like Bangladesh, Vietnam, Cambodia, Sri Lanka and many other upcoming markets when it comes to overall textile and apparel trade.

All said and done in order to teach a lesson to China, entire globe, especially many countries which have been suffered drastically by COVID19 virus need to show their strong feelings by avoiding or rather boycotting Chinese products. On the other hand the countries which have been totally affected by this virus need many products to recover from the damage such as medical equipment, medical textiles, apparels, home textiles, and many other products in order to cure the affected people. At the same time a lot of textile material which is been used during this virus affected period needs to be totally replaced by new products. The major countries which have been affected are USA, Italy, Spain, France, Germany and almost 200 other countries.

If we work out the population of the people which have been affected because of this virus we will understand the huge replacement consumption of necessary textiles materials in use by the affected people.  The mere conscience of precaution will kick in generating the utmost self-care in the COVID victims & affected areas leading to consumption of new garments & other materials in the better days. Today 12th April 2020, there are almost 1.2 million COVID19 patients, an average of 60 new garments per person per year in developed countries and assuming 3 persons per home and $2000 per annum consumption like USA will lead to substantial consumption of new garments

Moreover, there will be a requirement of infrastructure development in most of the cities which are badly damaged such as New York, New Jersey, Texas, Atlantic city, Las Vegas, Carolina, Arizona in USA. Milan, Venice, Genoa in Italy. Tehran, Qom, Mazandaran in Iran. Madrid, Catalonia, Andalusia in Spain. Paris, Grand ESP in France, Berlin, Munich, Hamburg, Cologne in Germany. London, Manchester in United Kingdom

If we consider all these factors, there is a great demand which would be created because of COVID19

Other than these major international countries even within India a lot of damage has already happened and most of us would be taking care of health related measures. Hence, medical textiles could be one of the major focus area in future & the requirements will increase multifold. Similarly facial mask, caps, bed sheets, pillow covers, towels, napkins, slippers, bath mats etc. and other medical textiles will be in a great demand. Along with that we also need to replenish our costumes which were used during this period. There would be a lot of psychological pressure on all of us to use new textile material and dispose-off old.

There are many industrial losses which are happening during this period and hence overall demand for the workwear fabric and garments along with boiler suits, etc. would also drastically go up and they will need it on priority. Hence, I feel “CORONA POSITIVE” is a phrase to be used especially for textile and apparel industry as a blessing and not at all as a curse.

We at Suvin Advisors Private Limited (Suvin) are geared up to give various statistics which would be based on major facts to enable our clients to choose the right product to come out with international quality norms and produce textile products which would meet global demands during this particular period. Hence, let us plan our strategy and growth plans by which we can make CORONA as a positive trend for our Indian textile and apparel industry… 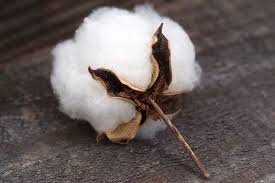 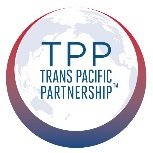 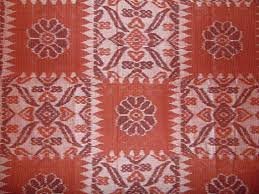