Minister of textiles Smriti Irani recently said that ministry is working with the National Informatics Centre so as to provide a guaranteed platform to help potential artisans and weavers commercialize their products. According to the statement made by Smriti Irani India trying to connect  50 lakh weavers and artisans with governments GeM portal so that state governments can directly procure fabric from them.

Irani was recently addressing an interactive session organized by the Bangalore chapter of FLO, the women wing of the Federation of Indian Chamber of Commerce & Industry (FICCI).

The artisans and weavers will be authenticated in terms of the output based on their skill and craft by the ministry, she said. “The future lies in ensuring that the segregation in our supply chains is positioned to find a solution from the technology,” she was quoted as saying by a FICCI press release.

“For a nation as diverse as ours, to ensure that there is no mass migration to just a few urban centers, we need to create not only economic opportunities but also infrastructure in the rural belts of our country. Today, with this challenge comes an opportunity of not only mapping the skills of our workers across the country but also ingrain in them the technological solutions which can better their living prospects especially empowering them financially,” she added. Six Cooperative spinning mills of Tamilnadu to be upgraded: Minister 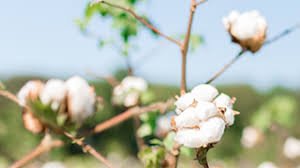