A call to action to encourage courageous self-expression, Courage to Be Real is Coach’s mission and message about embracing all aspects of who you are with confidence—and inspiring others to express themselves authentically, too.

The Courage to Be Real campaign film and photography by Collins tells the story of Lil Nas X’s courageous evolution to become the person he is today, and the obstacles he overcame along the journey. Set in a dream-like world informed by Collins’ and Coach’s shared vision of American pop culture, through the lens of the next generation, the film follows Lil Nas X through rooms that represent key moments in his personal journey—from his early days in the Atlanta suburbs, to achieving fame through music, to becoming the multi-hyphenate superstar he is today. In each room, Lil Nas X moves through doors that represent the struggles he has faced in life—from fear, self-doubt, to judgment from others—and ultimately takes the stage, inspiring the world to transcend their limits and express who they really are.

“My vision for Coach has always been to create a fashion world where people feel free to express themselves as they are,” said Coach Creative Director Stuart Vevers. “To bring this vision to life, I was thrilled to bring Lil Nas X and Petra Collins together with Coach for the first time—two artists who have changed the world around them by being themselves. The film we created together is a new form of storytelling that not only feels unexpected and different for us, it helps to create a community around
the values we share with the next generation.”

“My whole career has been about breaking down doors, and this campaign represents everything I’ve overcome so far,” said Lil Nas X. “It’s about walking into new chapters of life, new experiences and new versions of myself, and it’s rooted in authenticity and self-expression—two things I really care about. It was really fun collaborating with Stuart and Petra to bring this to life.”

The campaign is Lil Nas X’s first for Coach as its newest global ambassador, where he will bring Courage to Be Real to life through future campaigns. A barrier-breaking artist who has bravely paved new paths for others, Lil Nas X joins a legacy of trailblazers within the house’s story—from founder Miles Cahn, who earned Coach the title of the “Original American House of Leather” with his invention of Glovetanned Leather, to its first head designer Bonnie Cashin, who revolutionized the leather goods industry in the 1960s and 1970s with her colorful, practical bags, to Stuart Vevers today, who transformed Coach with his vision of heritage reimagined for the next generation.

“At Coach, we want to inspire people to have the confidence to express themselves and explore all of who they are—to have the courage to be real,” said Global Chief Marketing Officer and North America President of Coach Sandeep Seth. “The campaign we are introducing today is the first chapter of our Courage To Be Real mission, and the embodiment of the values Coach has championed for generations. Created with Lil Nas X, an artist who has courageously paved new paths for others, the film tells the story of the challenges many of us face in our journeys of self-discovery, and how belief in yourself and a
willingness to take risks can inspire others to do the same.”

Courage to Be Real will continue to be brought to life through future campaigns and storytelling moments focused on the theme of courageous self-expression. It is also the first campaign introduced as part of the house’s evolved Expressive Luxury positioning defined by self-expression, inclusion, and emotional connection, unveiled last month.

A director’s cut of the film will also be released this week by Collins on her social channels. 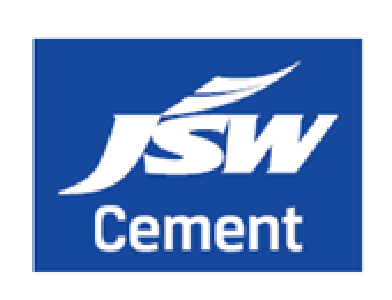