Did you know that nearly 30,000 silkworms die a torrid, brutal death to make that one sari?

Unlike the usual process in which silkworms are boiled to death, in Ahimsa silk, each worm is allowed to escape the cocoon, after which the thread is spun . For instance, Rajaiah purchases live cocoons from farmers and keeps them in a bamboo basket.

After a two-week wait, worms pierce the cocoons to emerge as moths. It is from this broken cocoon that silk is extracted. It is a time consuming process, with the yield being considerably lesser than what one would get by the usual process. It is this that makes the Ahimsa silk at least one-and-a-half-times more expensive than traditional silk. “But, none of this matters when you think of the lives of half a million silk moths that were saved in the process,” smiles Kochhar.

Kusuma Rajaiah, an Indian man, has developed a new technique for producing silk that does not require killing silk worms in the process. [Note: We’ve been informed that a company in Oregon, Peace Silk, already uses this technique]. Right now, producing a silk saree involves killing of at least 50 thousand silkworms. Rajaiah has won the patent for producing the “Ahimsa” silk. Ahimsa is a religious concept which advocates non-violence and a respect for all life. However, the production of the silk is more expensive. For example, a saree which costs 2400 rupees to produce using regular silk, will cost 4000 rupees when made with Ahimsa silk.
Rajaiah says his  inspiration is Mahatma. He gave a message to the Indian silk industry that if silk can be produced without killing silkworms, it would be better. He dreamt but that did not happen in his lifetime. I am the happiest person that at least I could do this little thing.”

Rajaiah says he started giving a serious thought to “Ahimsa” silk when in the 1990s. Janaki Venkatraman, wife of the former President, asked if she could get a silk saree that is made without killing silk worms. Yarn for a silk saree is usually produced by throwing live cocoons of silkworm into boiling water. A single saree needs upto 50,000 cocoons. Rajaiah allows the moth to escape from the cocoon by waiting for 7-10 days and then uses the shells to produce yarn.

The production of the silk through process is called Ahimsa Peace Silk. As it is a non- violent process a name synonym with Mahatma Gandhi. The Hindi word “ahimsa” means “non-violence.” … The saris are woven through a complicatedprocess, an eco-friendly process of manufacturing mulberry silk yarn.

Ahimsa silk, also known as peace silk, is a type of silk that is purported to be made in a fashion that is much more humane to the creatures creating the silk than many traditional methodologies.

Kusuma Rajaiah, a government officer from India’s Andhra Pradesh state, applied the theories behind the ahimsa way of life to the making of silk and found that it was possible to create silk without killing the creatures that created it. Traditional silk manufacturing methods involve boiling the cocoons of the silkworm and then sorting out the threads to be used later in production. Rajaiah’s idea involves a gentler method, specifically letting the worms hatch and then using the cocoons once vacant. He started deploying this process in 1992 and has hence been supported by a larger community of people interested in the welfare and rights of animals and non-humans.

The process of creating ahimsa silk begins in one of two ways: either the pupa is allowed to hatch and the leftover cocoon is then used to create silk, or the cocoon may be cut open, achieving much the same result but often saving the resultant material from contamination by urine from the hatching moth.

While Bombyx mori are the preferred species for creating ahimsa silk, there are a few other types of species that fall under the category of ahimsa silk, which is defined not necessarily by the species of the moth involved but by the methods for harvesting the cocoon. The other types of silkworm that are used for this process are a subspecies of the ailanthus silkmoth and several types of tussah or tasar moths: the Chinese tussah moth, the Indian tasar moth, and the muga moth.

The subspecies of the ailanthus silkmoth, Samia cynthia ricini, eats the leaves of the castor bean or cassava leaves. It is also known as the eri silkmoth. Eri silk is made from the cocoons of these particular insects and is also produced using less violent methods than the normal heat treating, but the quality of eri silk is often seen as inferior to that of the silk created by the offspring of the Bombyx mori moth.

Ahimsa silk may also be manufactured from tasar and tussah silks, leaving the moths to their own designs.

The main qualities of ahimsa silk are derived from the ideals surrounding the concept of ahimsa. This allows the silk to be manufactured without harm to the beings that created it. These ideals appeal to religions like Jainism, Hinduism and Buddhismwhose followers forego all injury to other forms of life. Non-violent lifestyle proponents have more recently found peace silk to be in keeping with their way of life. These arguments while valid for many other reasons have not been conclusively proven to affect the actual physical structure of the cloth itself.

From a purely economic standpoint, it is difficult to make the argument for peace silk as it requires 10 extra days in the process to let the larvae grow and the moths to hatch out of the cocoons. In contrast, the less humane process takes about 15 minutes. At this later stage the cocoon yields one-sixth of the filament. This inflates the cost of nonviolent silk, which is priced at roughly 6,000 rupees (US$92) per kilogram—about twice the price of the regular kind.

Silk fibre is the most beautiful natural fibre to be found by the human civilization.It was founded in China.I India it is produced in Karnataka,Assam. In India, mulberry silk is produced mainly in the states of Karnataka, Andhra Pradesh, Tamil Nadu, Jammu & Kashmir and West Bengal, while the non-mulberry silks are produced in Jharkhand, Chattisgarh, Orissa and north-eastern states. Mulberry Silk is produced from the silkworm, Bombyx mori which solely feeds on the leaves of mulberry plant.This larvae secretes a liquid secretion which solidifies when it comes in contact of the air and forms a cocoon.This cocoon is further used as a raw silk. To take out the silk these cocoons are boiled in heated water and are killed.So after prolonged research a new method has been invented in which the silk larvae are not killed and the cocoons are taken out without. The production of the silk through process is called Ahimsa Peace Silk. As it is a nonviolent process a name synonym with Mahatma Gandhi.

Introduction The Hindi word “ahimsa” means “non-violence.” This new way of the production of silk yarn is also known as “peace silk.” Both names are very fitting as they help sum up the movement behind the product. It would have certainly pleased the father of the Nation to know that someone was weaving Ahimsa saris in India! The saris are woven through a complicated process, an eco-friendly process of manufacturing mulberry silk yarn. The traditional production of the silk saris requires killing of thousands of moths.Silkworms are fed on mulberry leaves, in the privacy of bamboo baskets. They exude a viscous fluid through their heads, which hardens into raw silk as it comes in contact with air. The strands of silk create a cocoon around the silkworm, which normally dies when the silk is extracted. The larvae are boiled alive, roasted or centrifuged. The female moths are slit open to check for diseases after they have laid the eggs for the next generation. Most consumers are not aware of the cruelty involved in the process of production. So there was a requirement of the development of a process so that the silk moths are not killed and the consumer should get non-violent silk without killing the silk worm. Ahimsa Peace Silk Silk can also be made in a non-violent, eco-friendly and sustainable way A process of the production was developed in Andhra Pradesh. Ahimsa Peace Silk does away with brutal practices in the silk production without compromising on the quality of the silk and the productivity of operations. Unlike the conventional method where the pupae are killed before reeling yarn from the cocoons, in the process of Ahimsa Peace Silk production the adult moths are allowed to emerge alive from the cocoons and then the silk yarn is spun from the open ended or pierced cocoons found in the wild or from those used in breeding cycles. The silk moths best suited for the production of ahimsa silk are the Eri Silk Moth ( Philosamia ricini). These feed on the castor plant in contrast to the conventional mulberry feeding silk moth. Other species that are being used for Ahimsa Peace Silk are the Tassar moths (both tropical and temperate- Antheraea mylitta and Antiheraea proylei) and the Muga Silk Moth ( Antheraea assamensis). These are wild and semi wild silks. Therefore, after this process a silk is produced without killing of silkworms so all consumers who care for the environment and respect the right of life for all the living beings can wear this product with a clear conscience and enjoy the soft and luxurious feel of spun silk. While ahimsa silk may lack the shine of regular silk, it is comfortable to wear. It’s also wrinkle free and has a better fall.Now a days it is very much in demand and large range of products are available in the market. Ahimsa Peace Silk creates unique products that appeal to the demand of environmentally conscious and non violent clientele all over the world. It provides an alternative for discerning and aware consumers to make their choices in such a way that even as they buy silk they are able to accord the respect that our fellow living beings on the earth deserve from us. Products Developed from Ahimsa Silk A huge range of products are developed from ahimsa silk such as Shawls, stoles, scarves, ties, saris, made-ups, furnishing fabrics, knitwear, ‘modern’ traditional Indian items, casual wear, dress materials, apparel fabrics, rugs and other diversified products etc.All these items are made of pure ahimsa silk fiber or blends. Dyes used are natural dyes as well as chemical . The product are tested in the laboratories for its durability, content and colour fastness. Reputed designers and professionals working in this field have provided the groups with the latest design inputs. This constant interactive process between the weavers and designers has resulted in the production of a wide range of Ahimsa silk . Traditional designs have been revived and adapted to current trends to cater to this new market. So one can say that it is a great revolution in the fied of silk production as lot many celebrity people have started using ahimsa silk fabric.The examples are Menaka Gandhi Chitra Gandhi et 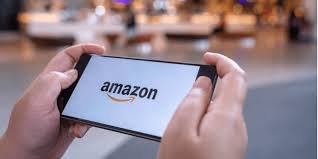 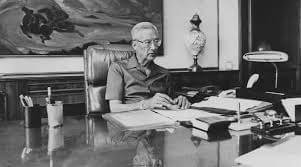