The Buddha nullah, which was once a freshwater stream, has become a discharge site for hazardous effluents from mills and enterprises in its vicinity. The Punjab government and stakeholders stated on Friday that they will begin measures to clean up the Sutlej river through an action plan. This effort is part of a national push to increase awareness about wastewater.
Punjab is the country’s second largest producer of cotton and yarn. The textile sector is quickly expanding in Ludhiana, which has become one of the world’s most polluting towns. The Centre for Responsible Business (CRB) and The ReFashion Hub have developed a series of policy proposals to encourage the reuse of wastewater.
Image source: ummid.com

Hike in MSME limits is relief for textile industry: SIMA 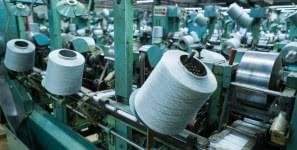