Chairman, CITI, Shri T. Rajkumar welcomed the decision of the Central Government to revoke Anti-Dumping Duty (ADD) on Viscose Staple Fibre (VSF), excluding Bamboo Fibre, falling under tariff item 55041000 of the First Schedule to the said Customs Tariffs Act, originating in or exported from the People’s Republic of China and Indonesia. The Department of Revenue, Ministry of Finance has today issued a Notification No.44/2021-Customs (ADD) dated 12th August 2021, in this regard.

Chairman, CITI thanked the Hon’ble Prime Minister, Hon’ble Minister of Finance, Hon’ble Minister of Commerce, Industry & Textiles, and also the former Hon’ble Union Minister of Textiles for taking another historic decision of removing anti-dumping duty on VSF. This will make available VSF raw materials at internationally competitive prices in India and facilitate the Indian MMF sector to become globally competitive. This landmark decision will also promote ease of doing business in India and generate investment and employment in the VSF and MMF textile value chain. He further stated that the decision of the Government has boosted the morale of the Indian stakeholders who had been demanding withdrawal of ADD on VSF for quite a long time.

Chairman, CITI recalled the meeting which the Hon’ble Prime Minister had convened on 26th December 2019 at his residence and where the industry delegation, including him, had emphasized the need for addressing raw material structural issues viz., removal of ADD on all MMF raw materials, fibres and filaments. CITI had represented on several government forums for the withdrawal of ADD on VSF to bring Indian MMF stakeholders at par with the international players.

Chairman, CITI pointed out that the Government has already announced game-changing schemes like Mega Investment Textiles Parks (MITRA) and Production Linked Incentive (PLI) Scheme for the Textile Sector. Under PLI the Government has identified 42 HS Codes MMF apparels, 14 MMF fabrics and 10 MMF Technical Textiles products. He has stated that as a majority of these products comprise viscose and its blended textiles, the anti-dumping duty removal would facilitate achieving the vision of creating 40 to 50 world champions in the MMF products.

Shri T Rajkumar further stated that the decision of withdrawal of anti-dumping duty on VSF is in line with its long-term policy for the Indian textile and clothing industry to achieve the ambitious target of US$ 350 bn by 2024-25. The Hon’ble Prime Minister and the Hon’ble Union Minister of Commerce, Industry and Textiles are already urging the Indian Inc to take further risks if they want to dominate the global market and increase their share in the world textile trade.

Chairman, CITI stressed that the global consumption of man-made fibres is increasing very rapidly and India’s domestic fibre consumption ratio at present is 65:35 between natural fibres and man-made fibres, however, it is opposite with the rest of the world. The Government’s decision will align domestic VSF prices with global prices, which will make the entire Indian VSF textile value chain globally competitive and help boost production and exports.

Shri T Rajkumar stated that the VSF spinning segment has been facing severe challenges due to the duty-free import of VSF spun yarn from the ASEAN countries though it benefited the power loom and the downstream sectors. He has stated that over two lakh power looms in Tamilnadu have migrated to VSF fabric production in recent years and the duty removal would encourage the power looms in Tamilnadu and other parts of the country to achieve an exponential growth rate.

Chairman, CITI concluded by thanking the Government for the announcement of continuation of RoSCTL along with its guidelines for the Garments and Made-ups Segments, however, the rest of the textile value chain is still waiting for the Government’s decision for the announcement of the RoDTEP Scheme to enable them to be fully competitive with the rest of the world. Similarly, Indian textile players are also expecting FTAs with the USA, EU, UK and Canada to unleash their real potential to fulfil the vision of our Hon’ble Prime Minister for making the Indian textile industry AatmaNirbhar in real sense!

OAKLEY® LAUNCHES POWERFUL ‘BE WHO YOU ARE’ AHEAD OF OLYMPICS 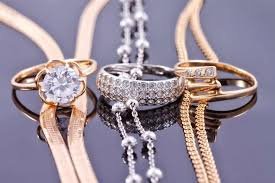 Brand that does not check their model’s sizes Spain will manufacture its own filter masks