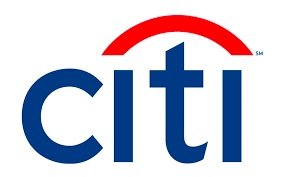 Shri T. Rajkumar, Chairman, CITI whole-heartedly welcomed the second tranche of monetary measures announced by the RBI Governor, Shri Shaktikanta Das, which are aimed at preserving the financial stability in the system and improving the functioning of the market. CITI Chairman thanked RBI Governor for being proactive as the announcements will revive the market, boost exports & imports and debt servicing.

Shri Rajkumar said that the T&C Industry has been demanding for extending the moratorium period for a further period of 10 months as earlier announced for the period of three months (March, April and May) as Industries across sectors could not resume functioning due to containment measures resorted to prevent pandemic effect and huge cash crunch resulting thereof. Shri Rajkumar welcomed the decision of RBI Governor for extension of moratorium period for another 3 months from June, July and August 2020 and further said it has brought a definite relief to the T&C Industry which is one of the worst hit industry because of its highly capital and labour intensive nature and providing employment to more than 110+ plus million workforce. The announced measures will certainly prevent a number of companies from turning into NPAs. He further hoped that the moratorium period may further be extended up to March 31, 2021 to ease down the financial burden on companies.

CITI Chairman also thanked the RBI Governor for reducing repo rate by 40 basis under the liquidity adjustment facility (LAF) bringing it down to 4.0 per cent from 4.40 per cent with immediate effect. Accordingly, the marginal standing facility (MSF) rate and the Bank Rate stand reduced to 4.25 per cent from 4.65 per cent; and the reverse repo rate under LAF now stands reduced to 3.35% from 3.75%. He also welcomed the decision of reduction of margin money, and deferring of interest on working capital for a period of 6 months with an option that the interest on moratorium can be converted into FITL or Term Loan and can be repaid by March 2021. However, repaying interest amount within a period of next six months would be a daunting task for the T&C Industry which is totally grappled by the lockdown situation at the moment.

At the same time, CITI Chairman pinpointed that Repo rates reduced by RBI many times in the last one year has not been fully transmitted by banks to borrowers and are very miniscule.  T&C Industry wants the banks should be advised to pass on the full benefit of the recent and earlier reduction in Repo rate by RBI, said CITI Chairman.

Shri Rajkumar stated that the extension of maximum possible period of pre and post shipment of credits from 12 months to 15 months is a welcome step and boost the prospects of the industry. He also hoped that in the coming days, RBI will come out with more relaxing norms as the outlook towards economic activity other than agriculture is likely to remain depressed in Q1 and Q2 :2020-21 and the recovery is likely to be expected in Q3 and Q4 as supply lines will gradually be restored to normalcy and demand gradually revives.