CITI Chairman, Shri T. Rajkumar, welcomed the announcement of the continuation of Rebate of State and Central taxes and Levies (RoSCTL) with the same rates on exports of Apparel/ Garments and Made-ups till 31st March 2024.

Shri T. Rajkumar thanked the Hon’ble Prime Minister, Shri Narendra Modi Ji for approving the continuation of RoSCTL rates to overcome the financial challenges of the exporting community which has been reeling under the tremendous pressure of the Covid-19 pandemic. The announcement has given a boost to the textile exporters who had been under a dilemma while negotiating the orders in hand as the rates had not been announced for quite some time.

CITI Chairman said that the RoSCTL scheme will help improve the global competitiveness of the textile sector while the key economies of the world are in a reviving mode. The announcement will also give a boost to the objective of “Aatmanirbhar Bharat”, provide a level playing field to the Indian textile exporters and enhance further employment opportunities especially to downtrodden and illiterate women in rural areas.

CITI Chairman further stated that the textile products which are being exported includes the embedded taxes/ levies to the tune of 5-6% and the same are currently not being rebated under any other mechanism, hence, the scheme will help them in getting some of the cost reimbursed and reduce their financial burden.

Shri T. Rajkumar appreciated the decision of the Cabinet for approving the launch of a similar scheme called Rebate on Duties and Taxes on Exported Products (RoDTEP) for all other products which are getting exported excluding garment and made-ups and hoped that the entire textile value chain would be covered under RoDTEP which is going to be announced in the coming days. 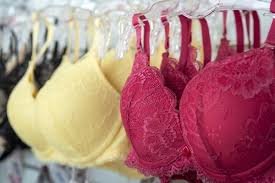 The European Brassiere, Girdle and Corset Market Peaked at $3.2B Circular knitting machine shipments deviate from the trend in 2020