CII for Better Participation by India in Trade Pacts. 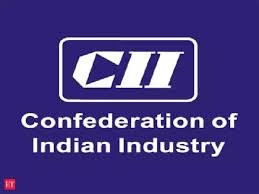 The Confederation of Indian Industry (CII) has suggested to the government to increase India’s participation in regional trade agreements (RTA), diversify its export markets and products amid slowing global trade, and offer tax exemptions to special economic zones.

“Globally, a large part of international trade is happening via the preferential route. To increase India’s share in value chains, diversifying our export markets and export products, the country must increase its participation in RTAs,” the CII said in a report titled ‘India’s Exports — Trend, Challenges and Future Strategy’, released on Tuesday.

Commerce and industry minister Piyush Goyal, who launched the report, said India would not hurry into any trade agreement and assured industry that it would not be at a disadvantage with such pacts. Last month, India opted out of the Regional Comprehensive Economic Partnership trade agreement as its concerns were not met. As per the report, increased protectionism across economies, the ongoing US-China trade war, slowed growth in the EU and the lack of nominations to the appellate body of the World Trade Organization are behind the global trade slowdown. As per the report, India’s low participation in RTAs is seen through its low free trade agreement (FTA) utilisation.

It suggested the government to set up a market facilitation cell to help Indian industry diversify export markets and products, and develop a mechanism to leverage and navigate RTAs.

Citing official data, the CII said a total of 1.19 crore preferential certificates of origin had been issued from 2005-06 to 2018-19, amounting to total trade of $307.04 billion. This is a low number compared with India’s total trade and this includes generalised system of preferences (GSP) certificates.

Innovate Next – At Keysight World India.