Bangladesh recently lost its coveted position of the second-largest garment exporter globally to Vietnam, in face of reversals in the export front, lately.

Nevertheless, increased sale of apparel items in the West ahead of Christmas following a hike in demand in run up to the festival season is going to give a fillip to garment exports from Bangladesh, felt garment makers of the country, as per media reports.

What’s more, they are also hopeful of increasing the market share in the USA consequent to the so-called trade war between the USA and the China, which they felt would give a further impetus to apparel exports from the country.

However, garment exports would remain somewhat subdued in August and September, they underlined as some online entities are currently operating while most fashion houses are yet to reopen in the West.

Work orders are there but not enough; big fashion houses haven’t opened yet, reportedly stated former President of the country’s apex garment makers’ body (the Bangladesh Garment Manufacturers and Exporters Association-BGMEA), Anwarul Alam Chowdhury while speaking to the media, adding Bangladesh stands a very good chance to gain from the trade war between USA and China, towards increasing its share in the US market.

“This will be a ‘golden chance’ for Bangladesh…,” reportedly said Chowdhury.

Meanwhile, as per Vice-President of the Bangladesh Knitwear Manufacturers and Exporters Association (BKMEA), Mohammed Hatem, temporary factory closure on account of coronavirus breakout in Bangladesh, in April, and reopening to operate only on a limited scale in May and June, are amongst the major reasons why Vietnam had been able to surpass Bangladesh.

We were supposed to export garments worth US $ 9 billion in those 3 months, but could export worth only US $ 3.5 billion, reportedly underlined the BKMEA Vice-President. 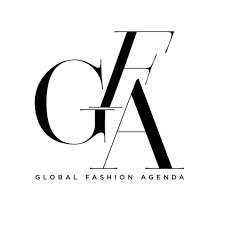