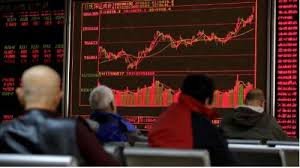 Chinese state media said on Monday that senior officials at China’s national legislature and a related government-advisory body have proposed delaying their annual meetings in Beijing, which would have drawn some 5,000 delegates from across the country for a roughly two-week gathering, reported the Wall Street Journal.

Known locally as the “Two Sessions,” uncertainty has loomed over the meetings as the outbreak of the virus, has sickened more than 70,000 people and claimed more than 1,770 lives. President Xi has declared a “people’s war” against the disease, calling on officials and ordinary citizens to spare no effort in containing the epidemic.

Top officials at the National People’s Congress, China’s legislature, believe postponing their annual session is necessary for ensuring that the proper focus is kept on fighting the epidemic and safeguarding public health and safety, according to Zang Tiewei, a spokesman for the legislature’s legal-affairs committee.Many congressional deputies are regional and local officials who play important front-line roles in China’s efforts to contain the epidemic, Zang said in remarks carried by the official Xinhua News Agency.

China’s top securities regulator said it would maintain a normal pace in reviewing proposed listings so that new share sales won’t be hurt by the coronavirus epidemic, reported Caixin.

The China Securities Regulatory Commission (CSRC) will meet to review initial public offerings (IPOs) at an appropriate time based on the virus situation and will maintain consistency in such reviews, said Caixin sources.

The securities regulator reaffirmed its support for companies’ need for funding to cope with the slowing economy and damage from the epidemic. Yan Qingmin, deputy chairman of the CSRC, said on Saturday at a press briefing that the commission would ensure normal reviews of IPOs and merger and acquisition deals. The commission also established a special channel for virus-stricken companies to raise funds through bond and securities sales, Yan said.

The world could face a shortage of antibiotics if the pharmaceutical industry’s supply problems posed by the coronavirus outbreak in China cannot soon be resolved, the head of a European business group in China warned on Tuesday, reported Reuters.

EU Chamber of Commerce President Joerg Wuttke told a roundtable in Beijing that the synchronization of supplies in China was being hampered by the outbreak, also highlighting problems in the car industry, while inventories were surging.

He also noted that companies were running out of packaging material and faced challenges with regulatory uncertainties.

Samsung has begun flying electronic components for its latest Galaxy phones from China to its factories in Vietnam as it grapples with sweeping supply chain disruptions caused by coronavirus, reported the Financial Times.

“The Vietnamese government is restricting the daily transport volume from China to Vietnam through land routes, but we’re coping with it by increasing parts supplies from China via planes and shipping,” said an FT source.

“We are making our best effort to minimise the impact on our operations,” a Samsung spokesperson said, adding that production had not yet been slowed.

China is to begin importing live chickens from the US as feed shortages due to the coronavirus force poultry farms in the world’s second-biggest economy to start culling millions of young birds, reported the Financial Times.

The culling of poultry follows the mass slaughter of pigs in China due to African swine fever over the past year and threatens to worsen a protein shortage in the country that has sparked rising inflation and soaring meat prices.

“There is no question China’s chicken population will fall sharply in the coming months,” said Qiu Cong of Jinghai Poultry Industry Group, a leading chicken producer. “The chicks are gone and farmers are struggling to make ends meet.”

Farmers have slaughtered at least 100 million young chickens because travel restrictions imposed to control the spread of the coronavirus have blocked shipments of animal feed, according to a report by Wang Zhongqiang, former director at the China Animal Husbandry Association, and Ning Zhonghua, a professor at China Agricultural University.

A second batch of Gilead Sciences Inc.’s experimental antiviral drug remdesivir has arrived in Wuhan, where it will be tested on patients infected with the Covid-19 coronavirus that has killed more than 1,500 people, reported Caixin.

The drug was transported from the US to China by FedEx to be distributed to hospitals in Wuhan, the epicenter of the virus, for two ongoing clinical trials on a combined 760 patients.

It is not known how many doses of the drug were shipped, but they follow some 3,400 doses of the drug and 900 placebo doses that reached Wuhan’s Jinyintan hospital last week as part of Phase 3 trials, which began on Feb 6.

The trials are randomized, controlled and double-blinded, meaning neither doctors nor their patients know whether they are using the active drug or a placebo, so researchers can determine whether patients truly benefited from the new treatment or recovered on their own.

New home prices in China rose 0.2% in January from a month earlier, easing from a 0.3% increase in December, as the coronavirus outbreak brought the country’s property market to a halt, reported Reuters.

On an annual basis, average new home prices in China’s 70 major cities rose 6.3% in January, below the 6.6% growth seen in December and marked the slowest year-on-year pace since July 2018, Reuters calculations based on National Bureau of Statistics data showed.

Home sales have plummeted as the virus outbreak keeps property showrooms shut and potential buyers are afraid or unable to venture outside for long.

Speculation is growing that more local governments may relax restrictions on buyers to reduce pressure on the economy. China has clamped down on property speculation since 2016 to stop prices from overheating, but they had still risen for nearly 6 straight years.

China’s central bank cut the interest rate on its medium term loans on Monday as policymakers try to reduce the economic shock from a coronavirus outbreak that is severely disrupting business activity, reported Reuters.

The People’s Bank of China (PBOC) said it was lowering the rate on RMB 200 billion ($28.65 billion) worth of one-year medium-term lending facility (MLF) loans to financial institutions by 10 basis points (bps) to 3.15% from 3.25% previously. No MLF loans had been set to mature on Monday.

Earlier this month, as the virus outbreak escalated, the PBOC unexpectedly lowered the interest rates on reverse repurchase agreements by 10 bps. Monday’s move is expected to pave the way for a cut in the country’s benchmark loan prime rate, which will be announced on Thursday.

Chinese smartphone maker Xiaomi became the first among its peers to host an online-only flagship product launch this week in a move that is likely to become commonplace in the country’s tech sector amid the ongoing coronavirus crisis, reported the South China Morning Post.

Xiaomi founder Lei Jun, originally from Hubei province where he attended university in Wuhan – the epicentre of the coronavirus outbreak – became emotional on Thursday as he opened the live-streamed video conference. “Wuhan is a city of heroes. Wuhan people are brave, confident and optimistic … Life can be affected by the epidemic, but we cannot be defeated by it,” he said.

While the purpose of the event was to launch the company’s new Mi 10 flagship 5G phone, the billionaire entrepreneur admitted that the smartphone industry was “quiet” amid the public health crisis and he hoped normal production would resume soon.

The online event came after Lu Weibing, vice-president of Xiaomi and general manager for its Redmi brand, apologised to users in a Weibo post last month, saying that the planned release of new products had been disrupted and that the company was making adjustments amid the setbacks facing the entire industry..

Chinese venture capitalists provided a record amount of funding for Indian start-ups last year, fuelling concerns about their influence amid frosty relations between the two countries, reported the Financial Times.

In the final quarter of the year, deals involving Chinese investors totalled a record $1.4 billion, according to figures from Refinitiv. Data provider Tracxn said Chinese funds invested in 54 funding rounds last year — the largest ever number — compared with just three in 2013 and more than double what it was in 2017.

This has helped turn China into one of the biggest sources of funds for start-ups in India, joining well-established investors like Sequoia and SoftBank. Two-thirds of India’s start-ups valued at more than $1 billion now have at least one Chinese VC investor.

“India is a large market where a lot of the models have yet to pan out, to create large dominant players,” said Tracxn co-founder Neha Singh. “In China a lot of those patterns have been taken. It’s a very well-capitalised economy.”