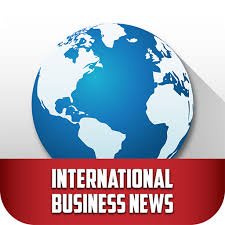 China’s central bank has launched a $79 billion stimulus effort to help the country’s coronavirus-stricken companies on the same day other Asia-Pacific central banks looked to shore up crisis-hit markets and economies, reported the Financial Times.

The People’s Bank of China late on Friday cut reserve requirements for banks, a move that will free up an additional RMB 550 billion ($78.8 billion) in funds that the authorities want banks to lend to companies hit by the outbreak.

The PBoC, which lowered the reserve requirement ratio by 0.5-1 percentage points, said it was a “financially inclusive” cut to the amount of cash banks are supposed to hold in reserve, signalling the new funds should be directed at smaller businesses that struggle to access bank lending. Joint-stock banks, in which the government and private sector hold shares, will be allowed to lower the reserve requirement ratio, or RRR, by an additional 1 percentage point. “We think the PBoC’s ongoing monetary easing efforts should be able to drive a pick-up in credit growth later this year, providing a tailwind to the post-virus economic recovery,” said Julian Evans-Pritchard, senior economist at Capital Economics.

Chinese property developers stepped up borrowing through bond sales to ease capital pressures as the Covid-19 outbreak slammed the brakes on the housing market. They are benefiting from sharply lower rates as authorities pump liquidity into the financial system, reported Caixin.

During the week of March 5-11, major property companies issued 22 bonds totaling RMB 29.2 billion ($4.17 billion), up 38.4% from the previous week, according to real estate data cruncher CRIC.

During the first 11 days of March, developers sold RMB 43.4 billion of debt, including RMB 23.8 billion in the domestic bond market and RMB 19.6 billion offshore, CRIC data showed. That compared with RMB 57.9 billion of bond sales by developers in February.

Developers are picking up the pace of borrowing to supplement capital flows as the novel coronavirus outbreak slows housing sales. As people stayed home since January, developers across the country have experienced sharp sales declines. In February, total sales by China’s top 100 developers plunged 43.8% from the previous month and 37.9% from a year ago, according to CRIC.

In the third week after the lunar new year in late January, job openings for university graduates in China plummeted 44% compared with the same period last year, according to Zhipin.com, a recruitment website, reported the Financial Times.

Zhipin said the year-over-year decline in sectors such as advertising reached nearly 72%, and for the healthcare sector, where the slowdown is the most modest, the number of job openings this year was still 8.8% below the level during the same period last year.

The weak demand comes at a time when the number of Chinese graduates is poised to hit a record high. By the end of the summer, as many as 8.74 million college graduates are expected to enter the job market. While it is too early to know how many of them will actually land a job, Beijing has expressed concern.“The coronavirus has resulted in a plunge in job demand,” You Jun, deputy director at the Ministry of Human Resources and Social Security, told reporters at a recent news conference in Beijing, as off-site recruitment has been largely suspended.