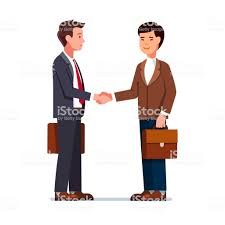 Airlines in the Asia-Pacific region stand to lose $27.8 billion of revenue this year as they slash flights due to declining demand as a result of the coronavirus, according to a preliminary estimate from an industry body, reported Reuters.

The bulk of the losses will be borne by Chinese carriers, including a $12.8 billion hit to the Chinese domestic market alone, the International Air Transport Association (IATA) said in a forecast released in New York on Thursday.

Chinese airlines have cut 80% of their planned capacity to, from and within China this week, according to flight data firm OAG, as they grapple with a sharp fall in demand due to the virus that has killed more than 2,100 people in China.

Overall, IATA expects passenger traffic in the Asia-Pacific region to fall by 8.2% this year, compared to an earlier estimate of a 4.8% rise. “Airlines are making difficult decisions to cut capacity and in some cases routes,” IATA Director General Alexandre de Juniac said in a statement. “Lower fuel costs will help off set some of the lost revenue. This will be a very tough year for airlines.”

2.Ping An warns of coronavirus hit to life insurance

Coronavirus has caused a decline in life insurance business for Chinese insurer Ping An but a tenfold increase in registrations for its online health consultation service, reported the Financial Times.

The warning from one of the world’s largest insurers by assets and the second-largest shareholder in HSBC Bank bodes poorly for the performance of China’s life insurance industry this year.

Garner warned that the life insurance business would be adversely affected by the virus outbreak in the first half of the year but did not give guidance on the scale of lost business. He also said he expected a rapid turnaround once the epidemic ended.

3.Outbreak will not change China’s commitments to buy US goods: senior US official

The US government expects China to honor its commitments to buy more US goods under a trade deal signed by the world’s two largest economies in January despite the fast-spreading coronavirus outbreak, a senior US official said on Thursday, reported Reuters.

The US Treasury official said it was too soon to make accurate forecasts for the impact of the virus on the global economy,but the base case scenario sees China’s growth dropping in the first quarter and then rebounding sharply. The impact could be more significant if the outbreak worsens, said the official, who requested anonymity.

Asked if the outbreak would require changes to the Phase 1 trade deal with China, the official told reporters: “At this stage, we’re not expecting changes to implementation of Phase 1. … We still expect them to meet their commitment, but it’s over a period of time.”

Experts have expressed skepticism that China will be able to meet such aggressive purchase commitments. But the Global Times newspaper, which often speaks for the Chinese government, reported on Thursday that China was likely to buy 10 million tons of US liquefied natural gas despite a gas glut.

Taobao Live, a livestreaming arm of e-commerce giant Alibaba, grew dramatically in February, as a result of many Chinese bricks-and-mortar businesses trying to digitize their marketing and sales activities in order to make up for losses caused by the Covid-19 epidemic, reported Caixin.

As of Tuesday, the number of live broadcast rooms and livestreaming events on Taobao Live ballooned 100% and 110% year-on-year respectively during the month, according to data Alibaba provided.

During the period, Taobao Live attracted more than 5,000 real estate agents from nearly 100 Chinese cities to join. The period between Feb. 12 and Feb. 17 saw the highest number viewings, when some 2 million people watched livestreamed real estate-related events on the platform, the company said.

Carmakers also banked on Taobao Live to promote their sales in February. Currently, a total of 23 global automakers such as BMW and Audi have taken advantage of livestreaming events to sell cars on the platform, with BMW hiring professional livestream hosts to introduce its various car models.

Apple supplier Foxconn Technology Group expects its full-year revenue to suffer from the disruption to China-based manufacturing by the coronavirus epidemic, reported the Financial Times.

The warning from the world’s largest electronics contract manufacturer is the clearest indication yet of the scale of the outbreak’s impact on the global technology supply chain.

“As we are moving ahead with the reopening of mainland China manufacturing complexes in a relatively cautious manner, this will indeed have a negative impact on full-year revenues,” Hon Hai, the group’s Taipei-listed flagship company, said in a statement to the Taiwan Stock Exchange on Thursday.

Foxconn’s warning goes further than that of its largest customer, Apple, earlier this week. The California-based company said on Monday that it was likely to miss its earlier revenue forecast for the first quarter, citing the impact of the outbreak on both demand and production in China.

China cut the benchmark lending rate on Thursday, as the authorities move to lower financing costs for businesses and support an economy hit by a fast-spreading coronavirus epidemic, reported Reuters.

The LPR cut followed a similar move in the central bank’s medium-term lending rate on Monday as policymakers sought to ease the drag to businesses from the coronavirus outbreak.

A rally in China’s government bonds prompted by the deadly coronavirus outbreak has rewarded big US and European investors that have bet on a slowdown in the world’s second-biggest economy, reported the Financial Times.

Chinese bond yields have fallen to four-year lows as investors turn to the safety of sovereign debt because of the spread of the disease, known as Covid-19. Investors are expecting Beijing to unleash more stimulus as it seeks to cushion the economic blow from the epidemic.

China’s 10-year Treasury yields, which fall as prices rise, have sunk more than 25 basis points to 2.87% since the start of the year. That rally accelerated in late January as Chinese authorities ordered businesses to shut, stoking fears of a sharp economic slowdown. Yields have not been below 3% since 2016.

“We’re . . . still very bullish on Chinese bonds across the board,” said Hayden Briscoe, Asia-Pacific head of fixed income at UBS Asset Management. The Swiss bank had already forecast China would have to increase stimulus to support its slowing economy prior to the epidemic. “Before . . . the virus we had expected yields to drop with slower [economic] activity,” he added.

The coronavirus outbreak isn’t damping China’s appetite for rare-earth minerals. The country increased the first batch of mining quotas by 10% for the strategic materials used in products from electric vehicles to military hardware, reported Caixin.

The quota for six dominant producers, including China Northern Rare Earth Group High-Tech Co., was set at 66,000 tons, the Ministry of Industry and Information Technology said on Wednesday in a statement. That is half of last year’s total of 132,000 tons and compares with 60,000 tons in the 2019 first batch.

China, which issues two rounds of quotas every year, raised the annual rare-earth mining quotas to a record high last year as domestic demand rose. This year’s second-batch quota will be issued in the second quarter, according to the ministry. The annual total will be capped below 140,000 tons to preserve the resource under the government’s five-year plan for 2016 to 2020.

China plans to take over indebted conglomerate HNA Group Co. and sell off its airline assets, the most dramatic step to date by the state to contain the deepening economic damage from the deadly coronavirus outbreak, reported Bloomberg.

The government of Hainan, the southern island province where HNA is based, is in talks to seize control of the group after the contagion hurt its ability to meet financial obligations, according to Bloomberg sources.

As President Xi Jinping seeks to prevent the short-term economic pain caused by the coronavirus from turning into a slump that outlasts the contagion, his government is considering direct cash infusions or mergers to stabilize the hobbled airline industry, while the People’s Bank of China said it will work on supporting domestic consumption. A takeover of a high-profile company like HNA would take those efforts to a new level.

Hong Kong’s unemployment surged to a three-year high as consumption figures plunged in the city caused by months of unrest and the Covid-19 outbreak. Economists forecast the Asian financial center could post an unprecedented second year of economic contraction in a row, reported Caixin.

“The recent coronavirus infection has seriously disrupted many economic activities, especially tourist-related industries,” said Law Chi-kwong, secretary for Labour and Welfare Bureau in Hong Kong. Industries including retail, catering and lodging have a combined unemployment rate of 5.2% , and it further rose to 5.7% with regards to the construction industry, the highest rate in six years, Law noted.

Hong Kong closed parts of its border crossing with the mainland in early February in an effort to stem the spread of the highly contagious epidemic, and Chinese mainland suspended the issuing of traveling passes to Hong Kong and Macau, which has further hit the city’s economy. 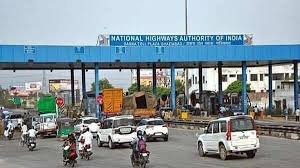