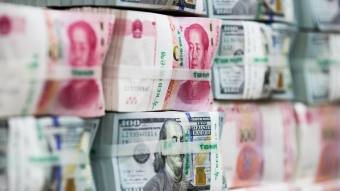 China’s RMB sank to its weakest level in six months on Monday after the country’s central bank chief, Yi Gang, led the public to believe he did not object to the currency falling beyond perceived red lines, said the Financial Times.

The onshore RMB dropped by as much as 0.4% against its US counterpart to RMB 6.9358 with the Chinese currency touching its weakest point since November 2018. The currency dropped 2.9% in May.

For months, a key question for analysts and investors has been whether the Chinese currency would “crack seven”, in its exchange rate against the US dollar. That level, which has not been crossed since the financial crisis, has been thought to represent the limit of tolerance for the People’s Bank of China.