Cheap, reusable adhesive is inspired by the footpads of flies The natural world is a great source of inspiration for scientists working on advanced adhesives, where everything from gecko skin to bee slobber have provided blueprints for next-generation materials with supreme stickiness. The latest example, inspired by the clingy footpads of flies, can be attached and detached over and over like a piece of Velcro.

The development of the material was led by scientists at Japan’s National Institute for Materials Science, who were investigating more sustainable alternatives to the many strong adhesives on the market that are unable to be recycled. We have seen some interesting advances when it comes to reusable adhesives, such as gecko-inspired tape that can be attached and detached thousands of times.

According to the scientists, however, these reusable adhesives are complex and expensive to produce, so they sought to come up with cheaper and easier solutions. This led them to the footpads of flies, which form adhesive structures in a highly energy efficient fashion. These consist of spatula-shaped bristles that grow on the footpads and enable the insects to attach to objects over and over. By placing them under the microscope the team was able to unlock some of their secrets.

By staining the fly legs and labelling key proteins with fluorescent dyes, the natural process through which these bristles are formed in pupal fruit flies was observed. This consists of a two-step process where key bristle-forming cells and proteins buildup at the tips of elongated cells, and cuticle deposits form on top to solidify the structure.

The scientists were able to successfully replicate this process at room temperature, using stretched nylon fibers to form the spatula-shaped bristles with a gel material at the tip. This process was not only energy efficient and low cost, but the material demonstrated some impressive capabilities in early testing.

With further work, the team sees a few possibilities for its cheap, reusable adhesive material, starting with the world of robotics. It could be incorporated into the design of industrial robots used to handle objects over and over, offering them a firmer grip. Another example offered is working the material into the legs of outdoor robots, enabling them to scale vertical surfaces. 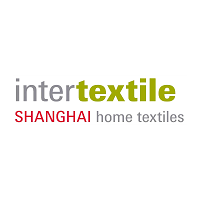