Banana fiber has its own physical and chemical characteristics and many other properties that make it a fine quality fiber.

Influence of Banana Fibre parameters on other Physical Properties Influence of Banana Fibre parameters on other Chemical Properties

In the past, many researchers were interested in the chemical constituents of plant fibers. It was found that plant fibers contain some of the following component. Fat and waxes, which are mostly found on the surface of the plants and can be extracted using benzene. Pectin, which exists in water-soluble form as calcium and magnesium from galacturonic acid. These substances are converted into butyric and acetic acids during biological retting. Hemicelluloses, which are amorphous short-chain polysaccharides and polyuronides. The polysaccharide hemicelluloses are chemically partly linked or intermingled with cellulose molecules. Cellulose, which is the major constituent of the fiber. Lignin, which is a short-chain isotropic and non-crystalline polymer made up of units derived from phenyl propane. Aqueous extract, which is extracted by boiling the dewaxed fibers in water.

Several methods can be used to extract cellulose fibers from their biomass sources, which are steam explosion treatment, alkali treatment, enzyme treatment, and liquefaction. The properties of alkali-treated banana stem fiber have been studied. The treatment of the fiber with 18% NaOH has enhanced the breaking elongation of fiber. This caustic treatment also resulted in length shrinkage, with the maximum shrinkage found to occur within 20 min of the alkali-treatment, after which there was only very little shrinkage. The length shrinkage has been found to be proportional to the weight loss. The weight loss is mainly due to the removal by caustic treatment of hemicellulose component and other substances. However, with an alkali-treatment, the banana stem fiber also experienced a decrease in dynamic modulus. This decrease can be related to structural change caused by alkali treatment. The diameter of the fiber increased by the caustic treatment by 15–100%, which resulted in bundle fiber bulk improvement.

The main problem to be encountered during wet processing of banana stem fiber is the removal of lignin, residual gum, and other cementing materials, which interferes with the absorption property and thus leads to poor scouring, bleaching, and dyeing of the fiber. The exact structure of lignin is not clearly revealed, although it is generally regarded as a three-dimensional polycondensation of dehydrogenation products of hydroxy and methoxy cinnamyl alcohols. Lignin is mainly composed of methoxy, hydroxyl, and carbonyl groups.

Additionally, the physio-chemical properties of the banana stem fiber were also studied. Infrared (IR) spectroscopy is probably one of the most widely used instrumental methods for investigating physio-chemical properties of textile materials. When a sample of organic compound is passed by infrared, certain frequencies are absorbed while others are transmitted through the sample. The IR spectrum is obtained by plotting the percentage of absorbance or percentage transmittance values against the frequencies. Fourier transform infrared spectroscopy (FTIR) was used to study the absorption peaks of banana stem fiber. Figure 3 shows the FTIR spectrum of untreated, acid-treated, and alkali-treated stem banana fiber, respectively. The appearance of absorption peaks was due to the presence of some functional groups.

One of the most common banana stem fiber products produced today is rope and cordage. The seawater resistance of the stem fiber and its natural buoyancy characteristic have made a market for this fiber in the shipping cable manufacture. This fiber is also used to produce fishing nets, other types of cordage, mats, packaging, sheets, etc. Additionally, in the Edo period of Japan (1600–1868), banana pseudo-stem fiber was used to make traditional dresses such as kimono and kamishimo. This fiber is usually used due to its light weight and comfort. Furthermore, banana pseudo-stem fiber is also utilized to produce cushion cover, bag, table cloth, curtain etc. Additionally, there are some potential uses of banana fibers, such as: to be used as natural absorbent, for production of mushroom, arts/handicrafts, string thread, paper cardboard, tea bag and high-quality textiles/fabric materials, currency note paper, and many other products. The use of banana fiber as natural absorbent also has promising potential to absorb oil spilling in oil refinery. It also can be used as absorbent in coloured wastewater from the dyes of textile industry. Banana and banana stem contain pathogenesis proteins, which possess antimicrobial properties. The pseudo-stem can also be converted into bio-fertilizer. It also contains high amount of cellulose and starch, and thus it can be utilized as feed for cattle. Moreover, there have been numerous research studies that reported the use of banana pseudo-stem fiber in fabrication of polymer/fiber composites. 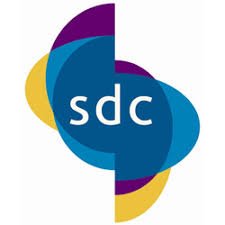 Digitalisation as an Opportunity for the Textile Industry