Century Textiles and Industries Limited (CTIL) established a Joint Venture Company (JVC) called ‘Birla Advanced Knits Private Limited’ on July 14, 2021, to enter the Man-Made Cellulosic Fibre (MMCF) Knit Fabrics market in collaboration with Grasim Industries Limited (Grasim).
On July 15, 2021, the Company additionally signed a Joint Venture Agreement with Grasim. Both parties will contribute 50% of the paid-up equity share capital of the aforementioned Joint Venture Company.
CTIL and Grasim will each initially subscribe to 5,000 shares in the JV Company with a face value of Rs10/- per share as a minimum capital, resulting in an equal shareholding in the JV Company, i.e. 50% each.
In a separate filing, the company announced that the Century Yarn and Century Denim Units of the Company’s Textile Segment, located in Satrati, Dist. Khargone, Madhya Pradesh, and classified as ‘Discontinued Operations’ since October, 2017 (“said Units”), have been sold and transferred to Manjeet Global Private Limited and Manjeet Cotton Private Limited (“Buyers”), respectively.
The firm got Rs62cr in consideration for both Units, with Rs16cr going toward the sale of the Century Yarn Unit and Rs46cr going toward the sale of the Century Denim Unit.
“The Firm provided a Voluntary Retirement Scheme (VRS) to the employees/workers on the payroll of the aforementioned Units and has given compensation and other dues to the remaining workers in line with the law,” the company stated.
Century Textiles & Industries Ltd was trading at Rs720.05 per piece at about 9.42 a.m., up Rs7.15 or 1% from its previous closing price of Rs712.90 per piece on the BSE. 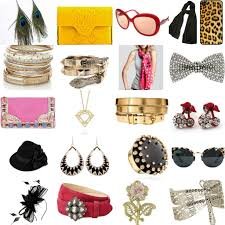 HOW TO RESTART YOUR AIR PIPE LINE AND COMPRESSOR