Century Textiles and Industries reported a consolidated net profit of Rs. 25 crore for the quarter ended June 2021 (Q1 FY22), on the back of strong operational performance. It had consolidated net loss of Rs. 36 crore in Q1 FY21.

The Mumbai-based company’s net sales during the quarter saw a significant growth of 111 per cent year-on-year (Y-o-Y) at Rs. 832 crore, against Rs. 394 crore in the corresponding quarter of the previous fiscal.

Apart from textile business, the company is also into pulp & paper business and real estate business.

EBITDA (earnings before interest, taxes, depreciation, and amortization) saw a substantial jump of 289 per cent Y-o-Y to Rs. 117 crore as compared to the same quarter in FY21.

The company said that the manufacturing businesses, in particular, witnessed a strong turnaround on the back of continuous drive towards product innovation, customer centricity and better financial management.

The textiles business saw a major turnaround supported by strong demand in the bed linen segment.

On the outlook, the management is of the view that the upcoming festive season should introduce a ‘New Normal’ for the textile segment. The business is expected to accelerate between August and December this year, in both domestic and export markets.

It also said that online players will have better spread and lesser risks and at the same time sustainable and health care products will show a rise in demand.

The company also said that the margins in the home textiles segment remained under pressure given continued preference of brands for organic cotton and imported fibre. Benefits of CBD Infused clothes you didn’t know about 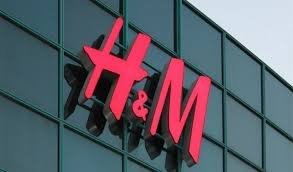 Prada and Zegna Team Up to Acquire an Italian Cashmere Company Levi’s and Ganni Double Up on Upcycled Rental Denim