Prada and Ermenegildo Zegna, two luxury Italian companies, have acquired a controlling share in Filati Biagioli Modesto, an Italian cashmere yarn spinner. Since the 1960s, the firm, located in Montale, Tuscany, has specialised in the manufacturing of cashmere and other valuable yarns.

Each of the fashion brands has purchased a 40% stake in Filati Biagioli Modesto for an unknown sum. The original Biagioli family will maintain a 15% ownership, with chief executive officer Renato Cotto holding the remaining 5%.
Gildo Zegna, CEO of the Zegna Group, has been appointed chairman, while Franca Biagioli and Patrizio Bertelli, CEO of the Prada Group, have been appointed to the company’s board of directors.
In addition to cashmere, Filati Biagioli Modesto provides yarns made from noble fibres such as silk, camel, angora, alpaca, flax, and merino wool. The firm also has a yarn dying operation. 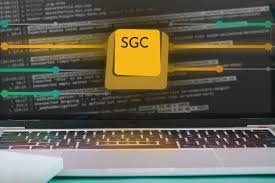 High chances of China avoiding US tariffs by using Vietnam